Difference between Mercedes A Class and B Class 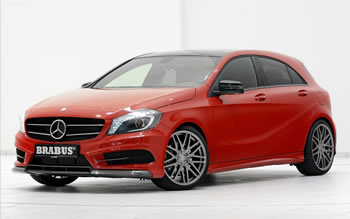 Mercedes-Benz is a division of Daimler AG, a German multinational automotive corporation. The name has originated from Daimler-Motoren-Gesellschaft's 1901 Mercedes and from Karl Benz's 1886 Benz Patent Motorwagen, which is considered as the first automobile. However, the term in its present form, i.e. as Mercedes-Benz appeared in 1926 under Daimler-Benz.

Mercedes-Benz is headquartered in Stuttgart, Baden-Württemberg, Germany, with factories in numerous different countries. These factories produce everything from trucks, buses, vans and limousines. However, Mercedes-Benz is mainly known for its luxury vehicles.

The A-Class and B-Class are a couple of the more popular classes. The main difference between the A-Class and B-Class is the fact that the cars produced under the A-Class are hatchbacks, whereas the cars produced under the B-Class are multi-purpose vehicles. Hatchbacks are cars that have a rear door that swings upward to provide access to a cargo area. There usually come in a three-door or a five-door configuration. A multi-purpose vehicle (MPV), on the other hand, is a type of van, commonly known as a mini-van. The MPV is usually bigger and taller than a sedan, hatchback, or a station wagon. 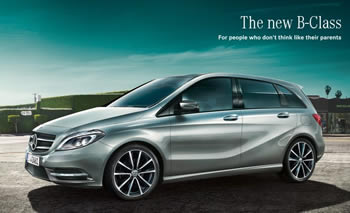 Comparison between Mercedes A Class and B Class: