Difference between Miami and Miami Beach

Key Difference: Miami and Miami Beach are two cities located in the Miami-Dade County, within the state of Florida, United States. Miami is a metropolitan, whereas Miami Beach is a beach resort city. 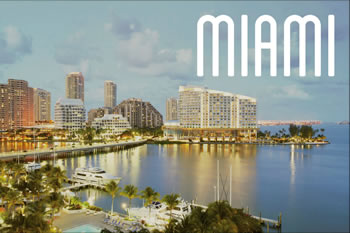 Miami is a major center and a leader in finance, commerce, culture, media, entertainment, the arts, and international trade. In fact, in 2010, Miami ranked seventh in the United States in terms of finance, commerce, culture, entertainment, fashion, education, and other sectors. In the same year, it was ranked as thirty-third on the global list of cities. Miami is also known for its year-round good air quality, vast green spaces, clean drinking water, clean streets and city-wide recycling programs. Due to all this, Forbes magazine ranked Miami as the "America's Cleanest City" in 2008.

Miami has a large Spanish speaking diaspora, due to its proximity to Central America. In fact, almost 50% of its population is Spanish speaking, and in some areas whites are actually a minority. Miami is actually the second largest city the USA with a Spanish-speaking majority, and the largest city with a Cuban-American plurality. Due to this, Miami is known as the "Capital of Latin America".

Downtown Miami has the largest concentration of international banks in the United States, and many large national and international companies. The Civic Center is a major center for hospitals, research institutes, medical centers, and biotechnology industries. However, Miami is more popular for its beaches, as expected of a costal city. In fact, Miami is known as the "Cruise Capital of the World,", as it has the number one cruise passenger port in the world. 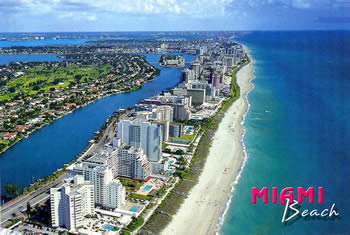 Miami Beach is frequently visited by celebrities. It is in fact one of the oldest and most famous beach destinations in the United States. The most famous regions in the city are the Art Deco Historic District and the neighborhood of South Beach. Downtown Miami, South Beach and the port form the commercial center of South Florida.

The Art Deco Historic District was officially listed as a Historic Place in 1979. It is the largest collection of Art Deco architecture in the world and comprises hundreds of hotels, apartments and other structures erected between 1923 and 1943. The South Beach area, similar to Downtown Miami is known for its nightlife, pubs, clubs, etc.

Comparison between Miami and Miami Beach: