Difference between Microprocessor and Microcontroller 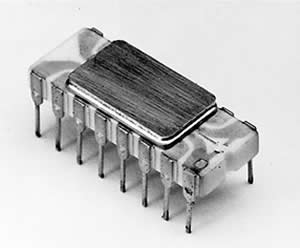 Microprocessors are normally called as the Central Processing Unit or the CPU of a microcomputer. It is also said to be the heart and the brain of a computerized machine.

A microprocessor is required to perform an array of tasks. It is a small computer which is used to do arithmetic and logical operations like controlling the system and storing the data, etc. The micro processor processes the input or output data peripherals and gives the function to get back results. The first commercial Microprocessor was released by Intel in November 1971 and was named 4004; it was a 4-bit micro processor.

The operations performed by a microprocessor are general in their purpose. Therefore, it is considered essential to perform any logical operations in a computerized machine. The microprocessors are configured into microchips; it is crafted from miniature sized transistors and some other circuit elements on a solitary semi-conductor IC to serve their purpose in a computer. It is abbreviated by ‘µP’ or ‘uP’. There are five main type of processors:

Micro-controller is a computer on-a-chip which is optimized to manage electric gadgets. It is a device that includes microprocessor, memory and input/output devices on a single chip. It is said to be the heart of an embedded system. 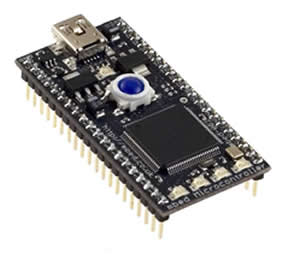 Microcontrollers are specific in nature to the task they need to perform. It has a microprocessor on its board to carry out all the logical operations of the gadget. Once the microcontroller is programmed, it can work on its own on the stored set of instructions and can execute the operations or the tasks as and when required. It is intended to be self-satisfactory and lucrative. Also, a micro-controller is a set of fractions in a system, which is fundamental to complete the circuit board. A ‘fixed-in computer system’ is intended to carry out one or more functions again and again with real time work out limits. This system is embedded as an element in the hardware and motorized elements of a computerized machine.

Microcontrollers are intended to perform particular operations which help to control particular systems. It is abbreviated as ‘uC’, ‘µC’ or ‘MCU’.

Microcontrollers are like small computer in which a CPU, memory unit like RAM and ROM, I/O peripherals, timers, counters, are embedded in one integrated circuit i.e. IC. They are easily interfaced to external peripherals like serial ports, ADC, DAC, Bluetooth, Wi-Fi, etc. Here, the interfacing process is faster as compared to the microprocessor interfacing. Most of the times, microcontrollers use RISC or CISM architecture to perform a task in different machines. The different types of microcontrollers are:

Comparison between Microprocessor and Microcontroller: