Key difference: Both stems and roots of a plant are modified into different forms to perform specific functions other than their normal functions. Generally, the roots and the stem of the plant change their structures in order to adapt in the environment. Now, based on the diverse parts of the plant that grow above or below the ground, the stems and roots can be differentiated.

Plants are made up of leaves, stems, roots, flowers, and etc. Out of these, it is the edible plant stems that are consumed by the humans. Though, this does include the roots, leaves, fruits and seeds that are too consumed by us humans. And, as the demand increases, so should the production. This growth in production is brought about by the plant through their helpers, modified stems and modified roots. 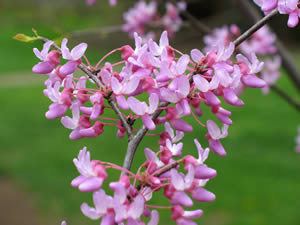 Every limb of the plant has grown in the context of specific environmental requirements that are related to their terrestrial life. Here, the roots anchor the plant, absorb water and other mineral nutrients; the leaves optimize photosynthesis; the stems elevate the leaves, generate new growth and serve as a conduit from the roots to the leaves.  However, each linage of plants has followed its own unique evolutionary path and through time, the stems, roots, leaves of the plant have been modified in unusual and surprising ways.

The ‘stem’ is the sturdy structure that grows, in order, to give a plant a chance to spread its leaves in the sun. The stem growth adds to the plant's height, broadens the area by covering it through leaves, and even directs the growth of the plant from a dark area to a lighter area. Stems provide a mechanical support to the growing plant. It helps to move water and nutrients to the furthest reaches of the plant, through transport pipes in the form of xylem and phloem. This stem is further modified as:

Rhizomes: these are underground stems that grow near the soil surface. They typically have short internodes and scale leaves, and produce roots along their lower surface. They store food for renewing growth of the shoot after periods of stress.

Tubers: these are swollen regions of stems that store food for subsequent growth. These are also known as auxiliary buds.

Corms: is a relatively solid modified stem that has a few fleshy leaves. The node is the point where the leaf attaches to the stem. They can change their depth in the soil. 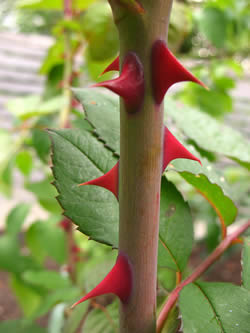 Stolons:  are horizontally oriented stems that grow along the soil surface. Their function is vegetative production i.e. they are adapted to generate new plants that are clones of the original.

Succulent/photosynthetic Stems: of plants have a low surface to volume ration and store large amounts of water and are common in desert plants.

Thorns: are modified stems that protect plants from grazing animals.

Crown: that part of a plant at the surface of the ground from which new shoots are produced.

Tendrils and twining shoots: coil around objects and help support the plant.

Searcher shoots: are stems with long internodes that move in circles through the air seeking a support.

Roots, on the other hand, are branched, underground structures that serve two major functions for the plant. First is, roots firmly anchor the plant to a fixed spot. They start growing in the spot and access to the moisture, nutrients and good light. Second, it serves as a transport system that allows the plants to suck all the water and nutrients to promote good health of the plant. They are also useful in storage of water and the reproduction of the plant. This root is further modified into: 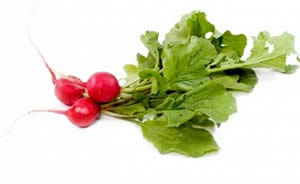 Prop roots: these grow from the stem of the ground and provide an extra support to the plant.

Buttress roots: they are large roots grown on the side of the tall trees. They prevent the tree from falling, and absorb more nutrients and minerals from the ground.

Aerial roots: these are roots above the ground. These are advantageous in absorbing water form the air and are useful in supporting the tree.

Clasping roots or climbing roots: they grow from the soft nodes of the stem, and cling to other plants.

Storage roots: as the name suggests, these are swollen with water and nutrients for unfavorable conditions. It is the best place to secure energy and propagative resources.

Respiratory roots: these branch roots grow upwards, through the mud and into the air, and are useful for air respiration because of their spongy roots.

Parasitic Roots: these roots are used to absorb food materials form their hosts.

Thus, from the above explanations, one can pretty clearly understand the differences between the two parts of the plant.

Umm...i wish if one line or summarised difference could have been written aswell...nice share though...thnx, it helped me...