Difference between Moisturizer and Cream

Key difference: Moisturizers and Creams are the prime cosmetics used in daily life. These are similar in their texture and form, but they differ in their properties, i.e. a moisturizer is particularly applicable only for dry skins and its treatment; whereas a cream is used for lubrication purposes.

Moisturizers and creams are considered as the prime elements in the cosmetic industries, as they are used in bulk and are in heavy demand in the market. They are used for improving the skin quality, and are suggested accordingly by the respective beauticians, or dermatologists. Commonly, they are used by the people itself, as per their choices and skin conditions. Basically, they are preferred at the change of weather time, when the skin undergoes changes. 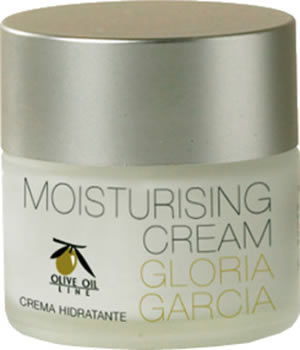 A moisturizer, also known as emollients, is a cream which is preferred to control the moisture of the skin. It helps to reduce the dryness of the skin. As per the quality and conditions of the skin, there are varieties of moisturizers available in the market. A moisturizer is a complex mixture of chemical agents, especially designed to make the outer layer of the skin (epidermis) softer and more pliable. Hence, it is used to change the quality of the skin. The basic function of a moisturizer is to increase the skin’s hydration, or water content, by reducing the rate of evaporation. It is usually applicable in the form of cosmetics and also has its therapeutic uses. The examples of naturally occurring moisturizers are: skin lipids and sterols, whereas the commercial skin moisturizers are: artificial or natural oils, humectants, emollients, lubricants, etc. 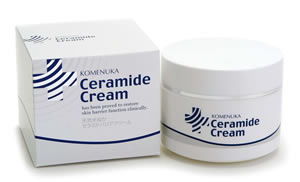 A cream is a topical preparation generally used for skin and its conditions. There are vast varieties of pharmaceutical creams, which are used for different purposes, for example: creams for vaginal or rectum uses, for facial purposes, wound treatment, etc. A cream may be considered as a pharmaceutical product, as well as a cosmetic product. These are based on the techniques developed by pharmacy and medicines. The unmediated creams are highly used in a variety of skin conditions (dermatoses), and are therefore suggested by the dermatologists. Creams are semi-solid emulsions, i.e. they are mixtures of oil and water. They are basically divided into two types: oil-in-water (O/W) creams, which are composed of small droplets of oil dispersed in a continuous phase, and water-in-oil (W/O) creams, which are composed of small droplets of water dispersed in a continuous oily phase. Depending on their type they are suggested and used by the users.

Basically, moisturizers are seasonal specific creams, i.e. they are not used everyday or in continuity, but are rather used when the skin is dry and itchy. On the other hand, creams are most often used on daily basis, as they add glow and texture to the skin. Creams are known to block the moisture content of the skin, whereas the moisturizers are known to get absorbed in the skin. Moisturizers are lighter as compared to that of creams. Both the cosmetics differ in their content and nature and are made according to skin demands. They help in replenishing the skin, locking in the moisture and provide necessary nutrients to keep the skin healthy and young.

Comparison between Moisturizer and Cream: