Difference between Mysticism and Witchcraft

It is believed by many that the word Mysticism has been derived from a Greek word mystikos meaning "secret, mystic, connected with the mysteries". It defines a search and pursuit of communion with the Ultimate Divinity, Reality, Spiritual Truth or God. The term has been expressed in various ways due to the differences in religious, social and psychological traditions. The experience of such communion is described by mystics. These kinds of beliefs are often considered to be beyond perceptual or intellectual apprehension. The definition of mysticism is so wide that it can not be limited to any one religious tradition. It is considered as the origin and fountainhead of various religious teachings. Mysticism is closely associated with the religious practices based on spirituality. It is important to note that in the modern world, the word ‘mysticism’ is often used for non-rational worldviews. 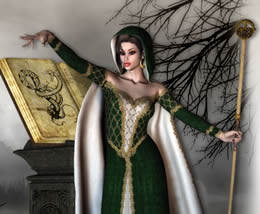 Witchcraft is generally related to a nefarious practice of magic. It is often related to black magic in which one tries to use the evil supernatural powers in order to fulfill a malevolent intent. There are various statements about the origin of the word. Many people believe that ‘Witchcraft’ is derived from the word ‘Wicca’ meaning ‘the wise one’. Some people believe that that word is actually old English word wicca which has its origin from the Germanic root ‘wic’ and means ‘to bend or turn’. Initially it was regarded as a religion of the ancient and traditional pagans which worshipped the feminine, earthly, and masculine aspects of God. These kinds of beliefs were considered as evil by the church. Belief in witchcraft can be observed throughout the world, and therefore the meaning varies from one place to another. Witchcraft is generally practiced in secrecy.

Comparison between Mysticism and Witchcraft: