Difference between NASA and ISRO

Key Difference: NASA, which stands for National Aeronautics and Space Administration, is the civilian space program and for aeronautics and aerospace research in the United States of America. ISRO, on the other hand, is the primary space agency of India. ISRO stands for Indian Space Research Organisation. 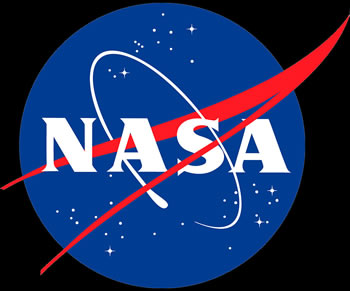 Both NASA and ISRO are space agencies. NASA, which stands for National Aeronautics and Space Administration, is the civilian space program and for aeronautics and aerospace research in the United States of America. ISRO, on the other hand, is the primary space agency of India. ISRO stands for Indian Space Research Organisation.

NASA was established in 1958 by President Dwight D. Eisenhower as a plan to create a distinctly civilian (rather than military) orientation encouraging peaceful applications in space science. NASA was created by passing the National Aeronautics and Space Act, which was passed partly in retaliation to the launch of the world's first artificial satellite (Sputnik 1) on October 4, 1957 by the Soviet Union.

Since its creation, NASA can become the world’s leading agency on Space and Aeronautics. In all, NASA has launched 1091 unmanned space satellites and 109 manned missions to different planets in the solar system. Additionally, NASA was the first agency to put a man on the moon. It then created the space shuttle, which the aim of creating a reusable ship to provide regular access to space. In 2000, the United States and Russia established permanent human presence in space aboard the International Space Station, which was a multinational project representing the work of 15 nations. In 1997, Mars Pathfinder became the first in a fleet of spacecraft that planned to explore Mars. In 2011, the Curiosity rover was sent to Mars to continue the exploration of Mars.

According to NASA, it conducts its work in four principal organizations, called mission directorates: 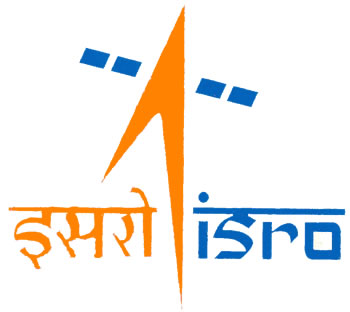 The ISRO, on the other hand, was established in 1969 under the administrative control of the Department of Space, Government of India. It superseded the Indian National Committee for Space Research (INCOSPAR). ISRO stands for Indian Space Research Organisation, which in Hindi stands for Bhāratīya Antarikṣa Anusandhāna Saṅgaṭhana.

As compared to NASA, ISRO is younger and has not achieved as much. However, what it has achieved is still worthwhile. It built India's first satellite, Aryabhata, which was launched by the Soviet Union in 1975. In 1980, it helped Rohini became the first satellite to be placed in orbit by an Indian-made launch vehicle, SLV-3. Furthermore, it has developed two other rockets: the Polar Satellite Launch Vehicle (PSLV) for launching satellites into polar orbits and the Geosynchronous Satellite Launch Vehicle (GSLV) for placing satellites into geostationary orbits. These rockets have launched numerous communications satellites and earth observation satellite.

In 2008, India sent its first mission to the Moon, the lunar probe Chandrayaan-1. The plans for which included indigenous development of GSLV, manned space missions, further lunar exploration, mars exploration and interplanetary probes. In 2013, ISRO launched its Mars Orbiter Mission, which will enter the orbit of Mars on 24th September 2014. Furthermore, ISRO has several field installations as assets, and cooperates with the international community as a part of several bilateral and multilateral agreements with both Indian and foreign clients.

According to ISRO, its “main objective is to develop space technology and its application to various national tasks. The Space Commission formulates the policies and oversees the implementation of the Indian space programme to promote the development and application of space science and technology for the socio-economic benefit of the country.”

Comparison between NASA and ISRO:

Become an Indian, my reply is ISRO is good but NASA is very good

I saw many test equipment in isro bangalore , they made n us..so i think there s cooperation to certain extend.we spend less compared to us in space tech.but remarkable pace n developement. In terms of knowledge we can say both contribute much.

If we spend budget of NASA in ISRO.ISRO send man to pluto.

NASA definitely rocks over ISRO. Comparison is stupid. NASA spent 20 billion on it's missions. They've ISS worth 150 billion dollars. ISRO is a troll before NASA

Not at all. ISRO has achieved what no other space agency in the world has achieved, not even NASA, and that too with minimum funds and experience. Please read WINGS OF FIRE by Dr.A.P.J. Abdul Kalam to understand how NASA has actually put many barriers in ISRO's progress, because they were afraid that ISRO would get more success.

Right madam... Look for cyro engine...when Russian was transferring the technology of cyro engine ...usa come in step and put pressure on Russian then Russian stopped transfer of technology then India took 30 year to make own cyro engine...this is the only one example of interruptions...but there is a lot of interruptions came.....even isro is self dependent for anything....this is the great achievement...now other countries are depending on isro for space stuffs.i have proud on ISRO

ISRO is better than NASA

Whatever NASA is senior than ISRO . And its very foolish thing to compare for they are fit in their own place. Infact we Indians has a habit to compare than to do something so please guy grew up and stop comparing instead praising....