Difference between Nebula and Planetary Nebula

Key Difference: The interstellar nursery of the cloud of dust and gas is called a Nebula. A planetary nebula is a type of nebula. They are created when a main sequence star grows into a red giant and casts off its outer layers. 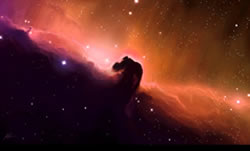 A nebula is a cloud in deep space consisting of gas or dirt/dust. Example: A cloud formed after a star explodes. The word Nebula has been derived from the Latin word, meaning “cloud”. The plural term of the nebula is nebulae. In the earlier time, galaxies were also called as nebula by astronomers because of their fuzzy appearance. However, nowadays the word nebula is referred for extended objects consisting mostly of gas and dust. The “Pillars of Creation” is the most famous images of NASA’s. Nebula comes in many shapes and sizes and forms in many different ways. Also check out the difference between nebula and solar nebula. 'Planetary nebulae' is a type of nebula. They are made of gas and plasma. They are created when a main sequence star grows into a red giant and casts off its outer layers. This is how they get their shape and they are usually circular in shape. It happens because some material is thrown out from the star in a roughly proportioned manner that will form into a circular disk manner rather than spherical manner. The reason it was named as planetary nebulae was that when seen through an optical telescope it appears to have the same shape as planets.

Also see: The difference between a pulsar and a quasar

It is basically the hydrogen shells that are expelled from these stars. They are found in different varieties, sizes, shapes, colors, structures, and central visibility. The largest planetary nebulae in the night sky are the Helix Nebula in Aquarius. It has been observed that planetary nebulae are one of the few deepest sky objects in which visual colors can be detected through the bare eyes.

Difference between Nebula and Planetary Nebulae:

Also see: The difference between galaxy and universe