Difference between Nebula and Protostar

Key Difference: Nebula is a cloud in deep space consisting of gas or dirt/dust (e.g. cloud formed after a star explodes). Before the last sequence, a star has large amount of clouds of hydrogen, helium and dust, which is known as a protostar. 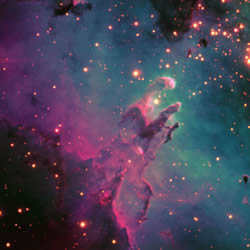 Nebula is a cloud in deep space consisting of gas or dirt/dust. The word Nebula has been derived from the Latin word, meaning “cloud”. Nebula is also called as nebulae. Dust and gas clouds are called nebula. In the earlier time, galaxies were also called nebula by astronomers because of their fuzzy appearance. However, nowadays the word nebula is referred for extended objects consisting mostly of gas and dust. It comes in many shapes and sizes and forms in many different ways. 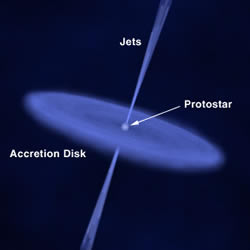 Nebula forms a protostar. Protostar is the earliest stage of a star. It is formed before the nucleosynthesis has set in motion. It takes a hundred thousand (100,000) years for nebula star to form or to reach a main sequence. Basically, before the last sequence, a star has large amount of clouds of hydrogen, helium and dust. It is the nebula star that becomes hotter and denser, which is called as a protostar. The Jean mass formula is known to show when the gravitational contraction of the protostar would begin. Protostars particularly don’t get warm and are cool as related to star temperatures.

Comparison between Nebula and Protostar: