Difference between New York and Newark

Another difference between the two is that New York is a much bigger city than Newark. New York is also a major tourist destination which sees millions of visitors a year.

The city of New York is divided into the five boroughs: Manhattan, Queens, Brooklyn, Bronx, and Staten Island. Manhattan is the primary business and financial center or not only the city, but also the country as Wall Street and Financial District are both located there. The other four boroughs are primarily residential.

Whereas, Newark is divided into five political wards: North, South, East, West, and Central Ward. The industrial areas, airport and seaport lands are concentrated in the East and South Wards, while the other three wards are mainly residential.

Newark is only located 10 miles from New York City, which is why NYC is popular destination. While Newark has its own nightlife and business centers, most people often travel to NYC for its abundant pubs and offices. In fact, most people commute from Newark to NYC on a daily basis for their work or leisure time. NYC is accessible from Newark by trains, bus, car, and ferry. 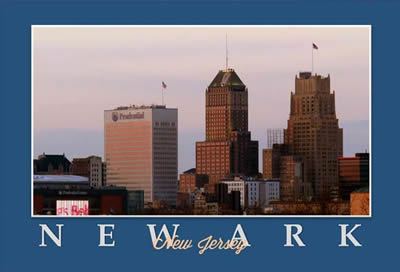 New York City is also known for its tourist destinations such as Times Square, Statue of Liberty, Empire State Building, the Broadway Theater District, Central Park, etc. It also has a variety of museums including but not limited to Museum of Natural History, Metropolitan Museum of Art, Museum of Modern Art, Guggenheim Museum, etc. It also a lot of famous colleges and universities, including Columbia University, New York University, Rockefeller University, and so much more. As previously stated, NYC is also the financial center of the country, as it has Wall Street and is home to the world's two largest stock exchanges by total market capitalization, the New York Stock Exchange and NASDAQ. It is also known for its theater (Broadway Theater District) and cuisine.

Hence, the main difference between the two cities is that New York is larger, has more variety and is more famous around the world.

Comparison between New York and Newark: