Difference between Nokia Lumia 925 and iPhone 5

Key Difference: Nokia has recently announced its new flagship phone the Nokia Lumia 925. The phone comes with a 4.5-inch AMOLED capacitive touch screen which takes up a good amount of space on the front, with the speaker and sensors on the top. The 4.5-inch capacitive screen has the same PureMotion HD+, ClearBlack that is found in Lumia 920. The iPhone 5 is the latest innovative product of the Apple Company. They have made the new phone slicker, thinner and lighter with even more packed features. iPhone 5 supports a 4-inch LED-backlit IPS LCD screen with 640 x 1136 pixels and 16 million colors. The phone also offers safety features such as corning gorilla class as well as oleophobic coating that keep fingerprints off the front screen. 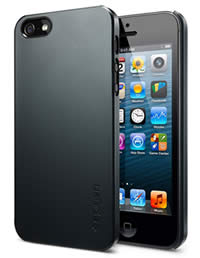 The information for the detailed table about the two phones has been taken from the Nokia website, Apple website and GSMArena.com.