Difference between Nook Wi-Fi and Wi-Fi/3G

Key difference: The Nook is an E-Reader from Barnes & Noble. It is based on the Android platform. Mainly there are only three differences between the Nook Wi-Fi and Wi-Fi/3G: connectivity, aesthetic, and weight. 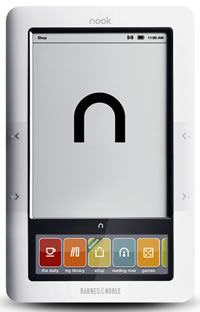 The Nook also had a MicroSD expansion slot for extra storage, a user-replaceable rechargeable battery, and a USB port to be used for charging. The device also includes a web browser, a built-in dictionary, Chess and Sudoku, an audio player, speakers, and a 3.5mm headphone jack.