Difference between Nursery and Kindergarten

Key difference: A nursery stands for a preschool, which centers on kids from three to five years of age. A kindergarten refers to the first year of schooling of a child, who is five years old. 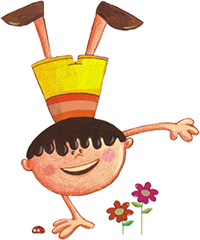 Schooling is often considered as a crucial juncture in a child’s life. Reason being that at this stage a child is like raw clay, which makes it easy to mould his/her mind in any direction. It is highly imperative that children receive preschool education because the valuable lessons learnt at this tender age are likely to stay with them for a lifetime. This is the rationale behind the development of nursery and kindergarten.

In general, a nursery takes in children between the ages of three to five. Activities such as learning by play and intuitive learning are emphasized in a nursery. Nurseries help children understand the concepts of studies and school. By and large, a nursery falls somewhere between a preschool and child care in the sense that it is more like a preschool, with subtle hints of child care. However, the curriculum in a nursery is much easier in comparison to a preschool. 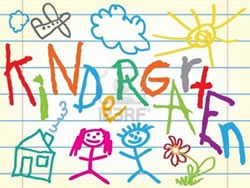 A kindergarten focuses on the first year of compulsory schooling of a child, who is five years old. Tailor-made for children of this age, kindergartens in many countries also allow children who’re six years of age, to take admission in the first grade of school. More often than not kindergarten succeeds nursery, which is why it is considered a part of formal education.

Comparison between Nursery and Kindergarten: