Difference between Organic and Chemical Farming 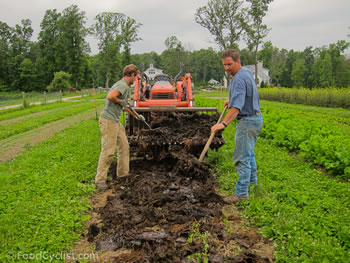 Healthy and healthier options have become the latest trend with many celebrities promoting healthy foods, snacks and focusing on exercise. This healthier does not stop at just eliminating junk food from the diets; it has also set in the way food is now grown. Many people are these days opting for organically farmed produce as well as organic foods. The word ‘organic’ has become very common, to the point where a person may come across it almost every day. It can be found in supermarkets and on many products that are purchased. So, what exactly does the ‘organic’ mean and what do you mean by organic farming? How is it different from chemical farming? Well, read on.

The word ‘organic’ refers to the way the food was produced or grown. Organic farming is the process of growing plants or produce without using industrial chemicals. Organic farming depends on farming practices like crop rotation, green manure, compost, and biological pest control. The fertilizers and pesticides that are used are made from natural materials such as bone meal from animals or pyrethrin from flowers. The market for organic produce has been on a constant growth since 1990, with the current market surpassing approximately US$63 billion (as reported by The World of Organic Agriculture: Statistics & Emerging Trends 2013 – a study conducted by the Research Institute of Organic Agriculture (FiBL) and the International Federation of Organic Agriculture Movements (IFOAM)).

The definition of organic farming differs depending on countries and the farmer. However, a widely accepted definition given by the IFOAM is, “Organic agriculture is a production system that sustains the health of soils, ecosystems and people. It relies on ecological processes, biodiversity and cycles adapted to local conditions, rather than the use of inputs with adverse effects. Organic agriculture combines tradition, innovation and science to benefit the shared environment and promote fair relationships and a good quality of life for all involved.”

Organic Farming depends on the natural breakdown of organic matter and replacing nutrients that are taken from the soil by the previous crops, using techniques like green manure and composting. Natural pesticides replace the chemical ones and weed management is done using tillage (turning the soil to remove existing weeds), mowing and cutting, using heat to kill weeds and blocking weed growth by using organic materials. 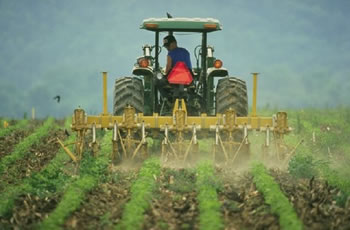 Chemical farming, also known as Intensive farming is the process of growing plants and produce using low crop rotation ratio, high use of labour and extensive use of chemical pesticides and fertilizers. Chemical farming is also related to genetically altering the plant to produce in greater numbers. It involves the use of mechanical ploughing, chemical fertilizers, plant growth regulators or pesticides to allow greater production.

Chemical farming gained farming during the Industrial Revolution, when human labor was replaced by mechanization. Although believed to be essential for survival of humans during the particular period to feed the growing, chemical farming is now looked down upon. Other alternatives such as Sustainable farming, Integrated Multi-Trophic Aquaculture, Zero waste agriculture, and Organic farming have grown to take its place.

Comparison between Organic and Chemical Farming:

Very interesting. Non-chemical Farming like Organic and natural cannot replace chemical farming. At best it can only supplement thelatter. The main reason - Scalability. Availability of raw material like animal dung, plant material etc. Why the sudden hype for natural farming? Has not natural farming practiced since time immemorial? Natural Farming has its origin from Japan and then Korea and practicided in many countries. Just like Renewable Energy can only supplement but not replace the conventional energy, the same applies to non-chemical farming. In providing food for billions all production methods irrespective of whether chemical or non chemical are all needed. Why this debate? Dr.A.Jagadeesh Nellore(AP)