Difference between Outlet and Galleria

Key Difference: A galleria is actually a glass-enclosed promenade, which could house stores, a mall or anything of that sort. Outlet store are small stores that sell merchandise directly to the public from the company. These stores often consist of only one or two goods and that to at a discounted price. The term outlet refers to two types of shopping concepts: merchandise purchased from a wholesaler or the manufacturer opens the store.

Galleria and outlets are two different kinds of shopping structures. Though, these are not commonly confused to be as the same, it is often hard for people to be able to distinguish between the many different kinds of shopping structures that are available. Galleria is actually a structure that has a glass roof, while outlets are stores that offer designer products at a discounted price. 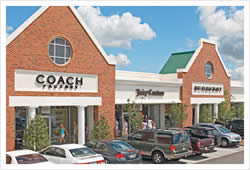 Outlet store are small stores that sell merchandise directly to the public from the company. These stores often consist of only one or two goods and that to at a discounted price. Outlet stores are also known as outlet malls, factory outlet and retail outlet. The term outlet refers to two types of shopping concepts: merchandise purchased from a wholesaler or the manufacturer opens the store. In the first concept, the store purchases merchandise from a wholesaler or from the manufacturer in bulk. The purchasing in bulk gives the store some money left over, which it can either keep as profit or pass it on the customers, which is what most happens. In the second concept, the manufacturer, themselves, open a store to get rid of excess production or merchandise that was not sold in the last season. These merchandises are sold for a cheaper price compared to the ones that are sold in department stores or luxury shops.

Similarly, the layout and set up of the store varies depending on the type of concept it is. In the first concept, the outlet is opened in a small store in an open mall or a strip mall. There could be more than one outlet stores that are clubbed together in one place; this is known as outlet mall. Outlet malls are generally outlet stores by different companies that opened in an open-air mall. In the second concept, the outlet stores are attached to the factory of the company that is trying to sell their merchandise; these are known as factory outlets. These stores are often very close to the factory of well-known factories. Outlets can sell designer merchandise for cheap as they are either goods from last season, no longer in fashion or they are somehow damaged. The damage may not be that great, or even be that noticeable, but it might have been rejected in the selection process. Outlet stores are small and do not have any additional facilities such as food courts, play area, etc. Factory outlets also may or may not car-friendly, depending on the company that started the store. They also may not sell more than one type of merchandise; they can only sell the type of goods that the company produces. Burlington Coat Factory is one of the most popular factory outlets in New York State, which allows regular people to purchase coats at a discounted price. 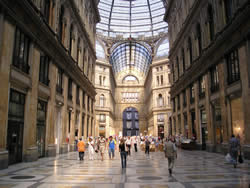 A galleria is actually a glass-enclosed promenade, which could house stores, a mall or anything of that sort. Though originally it did not use to refer to malls, these days the term ‘galleria’ has become synonymous with shopping malls. The term is accepted from the Medieval Latin same word, ‘galeria’ meaning “gallery”. A galleria could also house restaurants, offices, shops and can even refer to an art gallery. However, art galleries may not always have the glass roof; they would still be referred to as galleria. The term galleria became synonymous with shopping mall because of the Galleria Vittorio Emanuele II in Milan, Italy that was a shopping mall that is housed in a huge glass structure.

Outlet malls and galleria are actually different structures and is difficult to compare as a store. Outlets are actual stores, while galleria is a architectural structure. Outlet stores can be placed within a galleria, tough many chose to place their stores outside, where real estate prices are cheaper. Gallerias often house the actual designer stores such as Mango, Coach, DKNY, Adidas, etc.