Difference between Overweight and Obesity 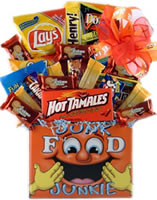 Overweight and obesity is an increasing condition in today’s world. Globally, over 1 billion adults are either overweight or obese. Childhood obesity is another growing concern. This is mainly because in most cultures food supplies are plentiful and lifestyles have become inactive and deskbound.

Overweight is generally having more body weight than is optimally healthy. However, as this weight may come from muscle, bone, fat and/or body water, it is not necessarily a too bad a thing if it is not extreme. For example, a number of athletes are overweight, but have little body fat and generally considered to be healthy.

However, when a person has a large amount of body fat, they are considered to be obese. Obesity is an imbalance between excessive calorie intake and deficient calorie expenditure. Men with more than 25% body fat and women with more than 30% body fat are considered obese. This excess fat may have adverse effect on health, such as impairment to movement and flexibility. Obesity can also lead to reduced life expectancy and/or increased health problems, such as cardiovascular disease, type-2 diabetes, high blood pressure, obstructive sleep apnea, osteoarthritis, asthma, stroke, arthritis, chronic kidney disease, hypertension, coronary-heart diseases and certain cancers.

There are many methods of calculating obesity. Currently, the most commonly accepted one is measuring one’s body mass index (BMI). The Body Mass Index is a method that uses the height and weight to measure the amount of fat that is normal for a person to perform his daily activities. It is calculated by dividing a person's weight in kilograms by the square of the person's height in meters. [BMI= Weight (kg)/ Height2 (m2)].

The classification of BMI goes as:

There are several factors that can lead to obesity, including genetic, metabolic, behavioral, cultural and socio-economic. Sometimes, diseases and drugs, such as contraceptive pill and other steroids, may also lead to weight gain. However, more commonly, obesity is caused by a combination of excessive food energy intake, lack of physical activity, and genetic susceptibility to retaining weight.

Once a person has reached obesity, it is very hard to loose that excess weight, but it can be done. Experts agree that even a weight loss of 10 pounds can help to prevent high blood pressure, prevent diabetes and heart disease, as well as control high blood pressure and diabetes, if one already has it.

Weight loss can be achieved through a combination of: