Key difference: Palm oil obtained from pulp of palm fruits is one among the important and versatile oils which is used as a raw material for both food and non-food industries. While, Corn oil obtained from kernel or germ of corn is a concentrated source of energy which provides essential fatty acids.

Today, Palm and Corn oil are famous commercial and edible oils used in various industries. Both oils are excellent source of feedstock used for biodiesel. These oils have their prime roles in cooking and non-cooking sectors. Due to their health benefits and curing abilities, these oils have been implemented in daily uses. Researched and work carried out have resulted into many medicinal and other benefits. Also, due their respective physical properties; these oils are used in various non food sectors; hence they are in great demand in the markets.

Corn oil and Palm oil are obtained from their respective sources; like that of all oils, these oils also share some vital health benefits due to their rich components. 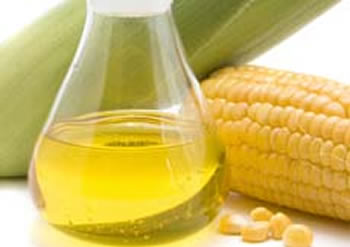 Corn oil commonly, Maize oil is made from extracting the oil from germ of corn or maize. The corn oil is extracted through a long process, in which the mashes of corns are converted into pulp, from which further the oil is obtained. Corn oil contains high levels of polyunsaturated fats, which an effective component to lower down the blood cholesterol levels. The oil is highly regarded to be best in its functionality, exceptional flavor, economy, and health benefits. Corn oil is considered to be a concentrated source of energy which provides the essential fatty acids and Vitamin E.

Commercially, the oil is one among the most preferred oils in the snack food industries and restaurants. As the oil has the ability to replace a significant amount of saturated fat in numerous food products. Also, it is inter-esterified with fully hydrogenated vegetable oil to produce trans free margarines. It is also a best choice for trans fat reduction. Industrially, the oil is in preparation of soap, salve, paint, inks, textiles, nitroglycerin, and insecticides. Corn oil is also used as a carrier for drug molecules in pharmaceutical preparations. 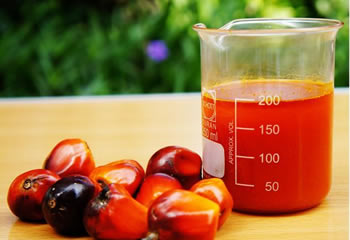 Palm oil extracted from the pulp of palm fruit, is a type of edible vegetable oil. Today, the palm oil is produced throughout Africa, Asia, North America, and South America, with 85% of all palm oil globally produced and exported from Indonesia and Malaysia; but most of the time not using sustainable measures. Palm oil is available in different types; red palm oil and refined palm oil. Among which red Palm oil is beneficial in skin and other cosmetic applications. Red palm oil does not contain cholesterols and hence can be consumed in normal diet and also by the ones having from high cholesterols. The oil has antioxidant properties and hence can fight free radicals in the bloodstream which leads to prevention of few heart diseases.

Naturally, palm oil obtained from high heat processes is dark in color. While, the refined palm oil is slightly neutral in origin and is used for normal local cooking purposes. If compared in cost; the oil is too cheap which makes it a best choice for the local fast food corners in some countries. In recent years, the oil is used as an ingredient in food products like margarine, chocolates, cream cheese and oven chips, food products like biscuits, chips, crackers and batters. Also, it has gained great demand in the cosmetic, toothpaste, soap, and shampoo industries.

Globally, palm oil production is becoming a threat for destruction of tropical forests. As the forest trees are felled and burned, also the vegetation releases methane and other greenhouse gases into the atmosphere which causes a threat of pollution. Even corn oil can be considered to be allergic to the ones who are sensitive to corn. But today both oils are stable and highly rated due to their respective rich components.