Key Difference: Both Jaguar and Leopard are from the same Felidae Family, but they are from different species. Jaguar is the Panthera onca species, whereas leopard is the Panthera pardus species. 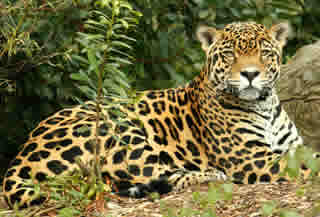 People experience difficulties in differentiating between the two big cats, Jaguar and leopard. They are of approximately same height and with spots on their bodies, it becomes more difficult for anyone to recognize them. However, the differences among them including their habitat, diet, hunting, style, morphology and vocalization, are something where one can easily discriminate between both.

Jaguar is the third largest cat from all the “big cats”. Jaguars are solitary animals and live and hunt alone, except during mating season. It resembles the leopard, but is larger and has a somewhat shorter tail. The jaguars are seen in many places but it ranges from Southern Mexico to Argentina. Jaguars are outstanding swimmers and climbers. They hunt individually, often springing from trees upon tapirs, capybaras, and peccaries. They either crush or suffocate the prey or bite straight through his skull. They also feed on fish and rabbits; some jaguars kill domestic cattle for food. About 3 and half months after mating, the female gives birth to two to four kittens. 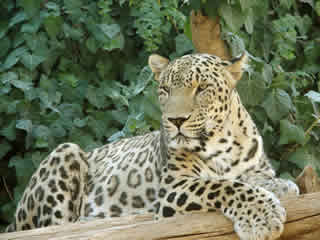 Leopards are often confused with two other spotted cats, cheetahs and jaguars, but the fact is the patterns of spots in each species are different. Leopards have white eye linings under their eyes to help accelerate their vision during night. These differ from a cheetah’s black “tear lines” that help them see during the day under the sun. They look similar to the jaguar, however they are smaller and lighter and the fur patterning is slightly different. Leopards are very adaptable, can exist in a range of different habitats, can hunt and eat many different animals, can run very fast, are very stealthy hunters, and are excellent climbers of trees. Leopards are usually solitary, but highly agile and depend on furtiveness to hunt. Regardless of being smaller in size, this predator is quite capable of taking larger prey, given its massive skull that well utilizes the powerful jaw muscles.

Leopards normally have smaller and rounder rosettes than those of the jaguars. In addition to this, they are slightly smaller and more lightly built as compared to the jaguars. When a leopard and jaguar are compared, it becomes very clear that the resemblance is primarily in the spotted coat.