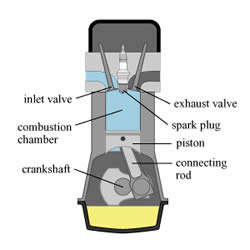 Automobile, autocar, motor car or car is essentially a vehicle that runs on an engine or a motor. While there are many types of engines in the market, there are two most commonly used engines. These are the petrol engine and the diesel engine. Other types of engines may be electrical engine, or even a hybrid engine.

In most petrol engines, the fuel and air are usually pre-mixed before compression. However, some modern petrol engines now use cylinder-direct petrol injection. The pre-mixing is done by an electronically controlled fuel injection, except in small engines. The spark plug is then used to initiate the combustion process. 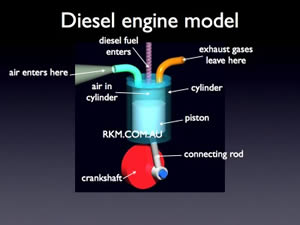 As compared to other combustion engines, internal or external, the diesel engine has the highest thermal efficiency. This is mainly due to the engine’s very high compression ratio. There are two main types of diesel engines: two-stroke and four-stroke engines. A two-stroke, two-cycle, or two-cycle engine is a type of internal combustion engine which completes a power cycle in only one crankshaft revolution and with two strokes, i.e. up and down movements of the piston. Comparatively, a four-stroke engine or a four-cycle engine is an internal combustion engine which completes a power cycle in four separate strokes during two separate revolutions of the engine's crankshaft, and one single thermodynamic cycle. The four strokes include intake, compression, power, and exhaust.

Diesel engines tend to have various advantages over other internal combustion engines, including:

However, due to the above mentioned reasons, diesel cars tend to cost more than petrol cars. Still, due to the better mileage, the cost may effectively be comparable over time. However, this will not be the case for people who do not drive their cars as much and over great distances. Also, while comparing cost, one must also keep in mind that over time the cost of the car will depreciate, i.e. go down.

Furthermore, diesel cars are also better for the environment, as they generate fewer emissions than petrol cars. Due to this, as of 2007, about 50% of all new car sales in Europe are diesel.