Difference between Phonetics and Phonology

Key Difference: Phonology is the study of how sounds are organized in individual languages. On the other hand, Phonetics is the study of actual process of sound making. Both are important areas of study of linguistics. 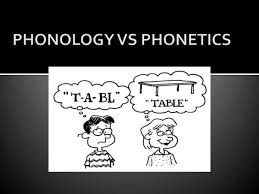 Phonetics and Phonology are two subfields of Linguistics dealing with speech sounds. Both of them seem to be overlapping in recent years, and therefore create some confusion regarding their meanings.

Phonetics has been derived from the Greek word phone meaning sound/voice. It is one of the important branches of linguistics which deals with the study of speech sounds. It covers the domain of speech production and its transmission. It also covers the reception aspect of speech. The sounds made by us when we talk are studied through different branches of Phonetics like Acoustic Phonetics, Auditory Phonetics and Articulatory Phonetics.

Phonology is another branch of linguistics which focuses on the organization of sounds by studying speech patterns. The key words for describing Phonology are distribution and patterning related to speech. It is aimed to determine the sound patterns of all the languages. Phonologists may look into questions like – why there is difference in the plurals of cat and dog; the former ends with an s sound, whereas the later ends with the z sound.

Phonetics looks into the speech sounds of a language in a generalized and idealized manner. On the other hand, Phonology looks into the functional aspect of speech sounds in that language. Phonetics and Phonology are closely related to each other, and therefore it is often recommended not to divide them on the basis of strict rules or points.

Comparison between Phonetics and Phonology: