Key Difference: Pinterest is a photo and video sharing social media website that is based on the virtual pinboard style. It was founded by Ben Silbermann, Paul Sciarra, and Evan Sharp in 2010. Flickr is another popular photo management and sharing application. This image hosting website was created by Ludicorp in 2004. Later in 2005, Yahoo bought this service suite. 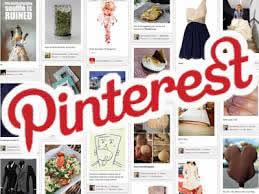 Pinterest is a social networking site that is used for photo and video sharing. Ben Silbermann, Paul Sciarra, and Evan Sharp founded the website. The Pinterest company was formerly named as Cold Brew Labs Inc. It is based on the virtual pinboard style. An user can add and share images and videos from personal media collection or from various websites. It enables the users to create and manage theme based image collections like events and hobbies. Users can simply browse other user's images and also re-pin to add them on their own boards. One can pin an image by uploading it or by providing an URL of an image.

A pin can be added from a website using the Pin It bookmarklet or can be directly uploaded from a computer. A board defines an area where the user’s pins are located. Pinterest also provides the opportunity of promotion of a business online. It is mostly designed for the desktop but a mobile app is also available for the same. The management of the website is looked after by Cold Brew Labs along with the owners and creators; Ben Silbermann, Paul Sciarra, and Evan Sharp. It is funded by a small group of entrepreneurs and inventors. 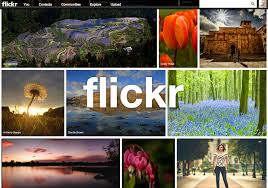 Flickr is another popular photo management and sharing application. It helps to organize a large number of photos. This image hosting website was created by Ludicorp in 2004. Later in 2005, Yahoo bought this service suite. Initially, Flickr focussed on a chat room named as Flickr Live. This chat room enabled the user to exchange the photos in real time. Later, the focus was shifted to uploading and filing backend for individual users, and finally the chat room was dropped from the service. Since then, Flickr has undergone several upgradations. Sets and collections enable the user to view and manage an album of photos.

Images are also cataloged and tagged in Flickr. Thus, one can easily find the images later if required. It has been specifically designed for photos, and thus one gets plenty of access to photo-based tools related to printing and image editing. Latest features include 1 terabyte of free storage for all users, cover photo, etc. Bloggers use Flickr to host the images that they embed in their blogs and also which they share via some social media networks. To use a photo from Flickr, a link named as “Request to license” has been provided in the website.