Difference between Plastic and Elastic

Key difference: The main difference between a plastic body and an elastic body is based on individual their ability to regain their shape and size after an external force is applied to the bodies. 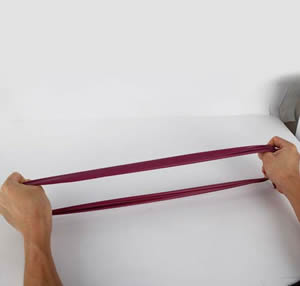 Both, elastic and plastic materials are widely applicable and used in the field of science and technology. Thus, it is easier to understand these properties in terms of physics.

Generally, the terms ‘plastic’ and ‘elastic’ are, physical properties, used to describe an object. They describe the attributes of materials such as rubber, plastic, metal, etc. In physics, when an external force is applied to the surface of any material or a body, the material undergoes a physical change or deformation. Now, when the force is removed, the material depending on its properties may or may not return to its original shape.

Now, if the body returns to its original shape, the body is said to be elastic in nature, and this property is called as ‘elasticity’. On the other hand, if the body does to regain its original shape, the body displays plastic nature, and this property is termed as ‘plasticity’. Based on the above explanation, it becomes easier to define the two properties, and state the difference between them.

Elasticity is a property of a material to be flexible or buoyant in nature. When an external force is applied to a body, the body falls apart. This happens because the distance between the lattice atoms increases and each atom tries to pull its neighbor closer to itself. The pull creates a force in the material which tries to resist the deformation. This force is termed as strain, and the deforming force is termed as stress. Although, it is a reversible property, there is a limit to the magnitude of the force which is applied to the body. This limit is called the elastic limit of a body.

The ‘elastic limit’ of a body is defined as the maximum extent to which a solid may be stretched with out permanent deformation. This property can be easily explained on the basis of Hooke’s law. The law states that, the elasticity of that material depends on the ratio of the stress and strain acting on the body. 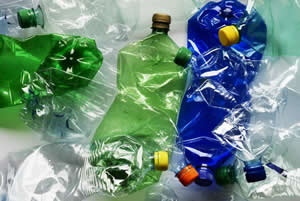 Plasticity is defined as the ability of a body to change its shape and size permanently, when an external force is applied. In a plastic body, when a force is applied, from the many layers of atoms, two of these layers slide from their crystal planes, and loose their elastic limit, which causes the deformation in the body.

Comparison between Plastic and Elastic: