Difference between Plaza and Piazza

Key Difference: Plaza and Piazza is an open, public place near a bustling city or town. The term ‘plaza’ is derived from Spanish word referring to an open field. Plazas are open places or city squares that are surrounded by buildings, stores, shops and offices. Piazza is an Italian word meaning ‘plaza’.

Plaza and piazza are two words that are very similar in nature. They are words that are used to refer to the same thing. Plaza is the Spanish adaptation of the Italian word ‘Piazza’, referring to a town square or a place where people can meet in a busy town or city. These two words are interchangeable and can be done so in many occasions. However, many people refer the place depending on what it has been already named, Plaza or Piazza. 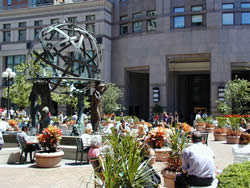 Plaza is an open, public place near a bustling city or town. The term ‘plaza’ is derived from Spanish word referring to an open field. Plazas are open places or city squares that are surrounded by buildings, stores, shops and offices. The plazas provide the people with an open to sit, rest and can also include a scenic view of a fountain, statue, etc. Plazas are often large areas.

Plazas were created all through the Spanish America and the Spanish East Indies, known as plaza mayor. The plaza mayor was at the center of three closely related institutions: the cathedral, the cabildo or administrative center. It would provide a place for large people or military to gather in times of crisis or in times of a fiesta. Modern usage of the term refers it as a large area where many people can gather and sit down, which is placed between buildings, a street intersection with a statue, fountain, etc.

There is another usage of plaza that refers to a shopping center or a mall.  The first shopping center to take up the name was the "Country Club Plaza" in Kansas City, Missouri in 1922. It had been designed with Spanish architectural details. However, recently the term refers more to a shopping complex. It is can even be used to describe a single building with some semi-public street-level areas and is often near to a hotel or an office tower. Plazas can also refer to the rest stops that are available on expressways that allow people to rest, get food, coffee, etc.

Piazza is another term that means plaza in Italy. The term is usually used to refer to a town square or an open area that allows people to sit, relax and congregate during festivities. The square can also have statues or fountains for aesthetic appeal. However, these days the word ‘piazza’ has become limited to squares or plazas in Italy. The original definition of the word has become lost and modernized to the plaza that is being used today. 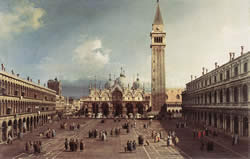 According to many people, the words differ in their usage because of certain facilities that are or aren’t present. For example, some define plaza as a place for people resting that has facilities such as parking lots. This feature is not present in a piazza, where parking should only be accommodated when required and should otherwise be absent. According to the architectural company, Moule & Polyzoides a ‘piazza’ needs to fulfill certain features to fall in the traditional piazza category. These features as listed on sustainablecitiescollective.com include: