Difference between Psycho and Mental 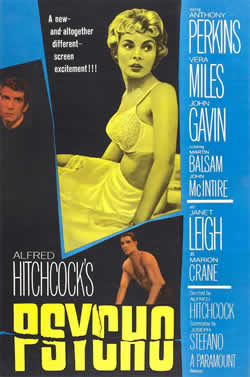 Psycho and Mental are two terms that used to be related to mental health, however these days they are commonly used as slang terms to refer to people that display behaviors that are not socially accepted.

However, over time both these words were absorbed into common vernacular and began to be used as slang. The term ‘psycho’ is informally and incorrectly used as a slang for ‘psychopath.’ Yet it should be noted, that it not technically used only for people who have been officially diagnosed at a psychopath, instead it is used for any person who behaves out of the norm, or depicts behavior that people gauge as being psychotic, i.e. not normal, or ‘crazy.’ Hence, any person who doesn’t act as society deems they should are often labeled as psycho. A psycho is generally considered to be a crazy or mentally unstable person, but most of the time it is just a regular people displaying irregular behavior.

On the contrary, ‘mental’ just means the mind or something related to the mind. Eventually it became related to ‘having a mental illness’ to someone who is ‘slightly daft’, ‘out of one's mind’, or deemed crazy. Basically, it is generally acceptable that if one is depicting abnormal behavior or behavior that is not considered to be normal, then they would be called mental. The common usage of the term does not imply that the person does not have a mental illness or is actually crazy, as diagnosed by a psychologist. In fact, it is quite common for friends to refer to each other or a specific friend as being mental. 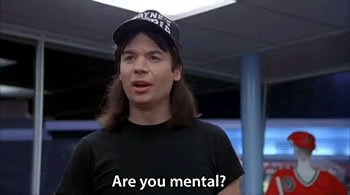 Hence, in common parlance the two person are nearly synonymous and can be used interchangeably. However, it should be noted that the implication of the term ‘psycho’ is more severe than ‘mental’. The term ‘mental’ is milder and can be used in jest, whereas ‘psycho’ would be used less commonly in jest. The implication of ‘psycho’ is that the person is ‘psychotic’ or crazy, whereas, the term ‘mental’ might imply that they are just abnormal or weird.

Another difference between the two terms is that while the term ‘mental’ is an actual word, i.e. related to the mind; psycho is technically not, it should for ‘psychopath.’

Comparison between Psycho and Mental: