Difference between QR code and Barcode 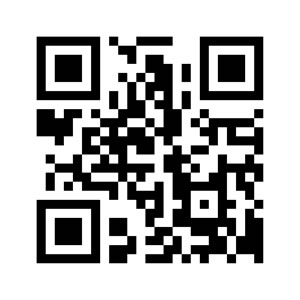 The term QR code stands for Quick Response code. As the name suggests, a QR code is used to elicit data swiftly from a particular item at hand. The QR code first came into existence in the year 1994, when it was devised by Denso Wave, a subsidiary of the Japanese car maker, Toyota. It was primarily invented for scanning the different parts and spare parts of automobiles, in order to track them by collecting and storing data associated with the task.

A QR code appears to be a two-dimensional matrix barcode, comprising of square dots arranged in a square grid, against a white background. Essentially, the working of a QR code is that the square dots aligned on the square grid are read or scanned by an imaging device such as a camera, until the image of the code is fully interpreted. Once the image is fully captured by an imaging device, it extracts the data embedded in the horizontal and vertical elements of an image and presents it to the user.

Traditionally used for Japanese automotive industry, the QR code is in use for a wide variety of purposes such as encoding text, music, images, software, contacts, etc. The QR code has taken the smart phone market by storm, as nearly every phone incorporates a QR code scanner and generator. A user can customize and generate his/her own QR code as well, to share and transmit text, images, music, etc. among friends and family. Using a QR code is fairly easy, fast and convenient too, hence it’s no surprise that it has evolved as a rage.

A barcode can be understood as a linear representation of data related to a particular item, which is read or scanned by an optical device to present information about it. This representation is nothing but a systematic arrangement of various vertical parallel lines, which vary from each other by their width or the spacing present between them. Since, the linear arrangement present in a barcode is only vertical, a barcode is said to be one-dimensional encoding in nature. 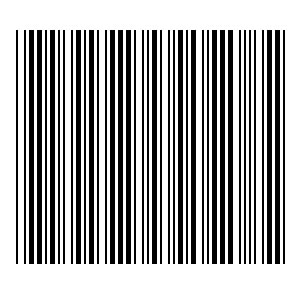 Barcodes have been in commercial use, ever since they started to appear on the Wrigley chewing gum packs, in June 1974. Following this incident, many supermarkets began practicing the trend of having barcode stickers on the various products to be sold to the consumers. This helped them in accessing relevant data associated with a specific product, such as its price, date of manufacture, expiry date, net weight, etc., which was hugely helpful at the time of billing and checkout of a consumer. This system is followed till date and active in almost all supermarkets across the world.

Apart from its successful implementation in the supermarket industry, the barcode system made forays into hospitals and medicine stores as well. In hospitals, the patients are bound with a barcode bracelet in their wrists, so that information regarding their medical history, diagnosis, treatment, etc. can be accessed readily by a doctor, or a nurse on inspection. In pharmaceutical and drug stores, barcodes provide the convenient option of having a database for each drug, so that its quantity and quality can be tracked efficiently and regularly.

Therefore, the QR code and barcode have been of great help to mankind, especially in the digital age.

Comparison between QR code and barcode: