Difference between Rave Party and Clubbing

Key Difference: Raves or Rave parties are huge outdoor parties that involve live performances and are heavily associated with drugs. On the other hand, clubbing is the parties that are kept inside nightclubs, disks, discothèques, etc. 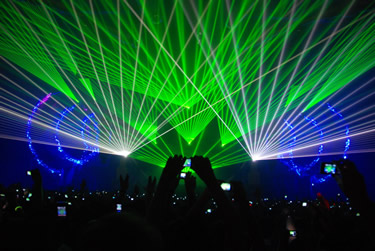 Raves and clubs have become the night scene for many people that are vacationing in the Europe. However, these are not recent trends, raving and clubbing has been a part of our culture since the mid-1990s. Remember Woodstock? It is the big peace rally that included camping, group performances and is commonly associated with Hippie culture? Well, that is actually a rave or at least it was considered as a rave, until recent times have changed its meaning.

Raves or Rave parties are huge outdoor parties that involve live performances and are heavily associated with drugs. The rave culture is believed to originate from mid-to-late 1980s acid parties in Chicago, and has quickly spread from there to other countries such as United Kingdom, Central Europe and Australia.

Although originally, these were wild parties that were thrown underground or in abandoned warehouses, the term is now used for organized parties that are thrown by event companies.  Rave parties or raves usually have loud life music with subwoofers, live DJs, drugs, costumes, laser light shows, projected images, visual effects and smoke machines.

Music played at raves may include house, techno, drum and bass, trance, breakbeat, hardcore, big beat, gabber, jumpstyle, acid house & trip hop and other forms of electronic dance music. Originally, the location was prominent. As raves originally used to be illegal, the location was not widely disclosed. People could only come if they received a message or flyer that would disclose the location of the party. Dancing and elaborate costumes are a huge part of raves. Additionally, glow sticks and pacifiers are a huge part of the rave culture.

For a lot of people rave parties are associated with hardcore techno music and drugs, but not all rave parties include heavy usage of drugs. Many of the rave parties adhere to the theme of PLUR or Peace, Love, Unity, and Respect.

On the other hand, clubbing is the parties that are kept inside nightclubs, disks, discothèques, etc. These parties are held indoor and approved by legal authorities. Clubs originally used to mean bars that came with live bands, where people would gather and socialize over drinks and occasionally food. Think of a 70s gang movies, where people met up at a club to discuss “business” over drinks. Well, essentially that was the original idea. 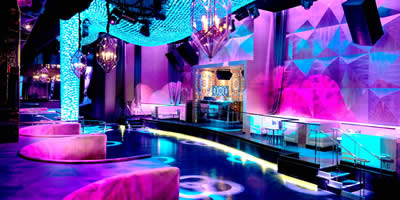 However, now clubs have evolved into a more music centric affair. People come to dance, mingle, drink and occasionally do recreational drugs. Clubs are more controlled and properly monitored. In order to get into the club, a cover charge is provided and people below the age of 18 are not allowed to enter and below 21 are not allowed to drink. Drinks are quite expensive and food is also provided.

Club music varies from a wide range of electronic dance music (EDM), which is a form of electronic music, such as house (and especially Deep house), techno, drum and bass, hip hop, electro, trance, funk, breakbeat, dubstep, disco. However it is not limited to EDM, it can also include other genres of music such as Salsa, Cha Cha, Flamenco, etc.

Clubs have limitations, where they are only permitted to remain open until a certain time such as 2 or 3 in the morning, following which the patrons must go home. Clubs can also host live bands which can play or the music can even played on laptops or CD Players. Clubs also host themed parties for special occasions, such as Halloween, Valentine’s Day, etc. There is also an occupancy limit, where only the permitted number of people are allowed inside the venue.

Comparison between Rave Party and Clubbing: