Difference between Revision and Version

Key Difference: Revision is when a major release is made to a software. However, version is when small changes are made and issues are fixed in the released software. 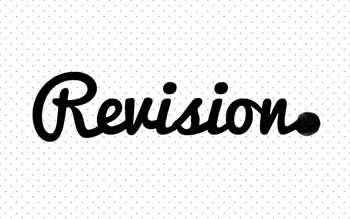 For the non-techies, the terms revision and version mean something completely different. However, when these words are often used in the software, coding or programming community, these words have a different significance altogether.

The terms revision and version are often confusing for the people who have not grown around technology and learning these terms. The confusion probably rises from how similar these terms sounds. However, there are very different from each other.

When writing a program, or designing a software, it is very important that engineers keep track of any and every change that they make. The changes help them go back in case they make a mistake or to even fully understand their software. The steps let them modify a part of their program if needed instead of having to rewrite the whole thing. Hence, one program will have multiple copies of it when it is being written.

Revision is a controlled version. The Merriam Webster dictionary defines ‘revision’ as “a change or a set of changes that corrects or improves something”. The definition works for how the term refers to a software. When revising, the software is changed, altered and given a fresh new look. It can be said that it is a major release of the software; something that introduces new features and functionality.

Versions are different, these are small updates that are made to the released software/program. Now that the software is already released in the market, users find that there are a few functions that do not work the way they are supposed to and there are significant bugs in the system. So, instead of recalling and releasing the software, writers fix the software and release and update or a version. The version helps fixes the bugs and improves the functionality but it is not considered to be a major update on the old software.

Both are important when it comes to something as complex as coding because a small change can result in the code running successfully or crashing. So, keeping copies of all the changes you make can help understand what you did and where you made changes. A huge place where these two words are commonly implemented are open-source programming communities. This community or forums such as GitHub, where multiple people can collaborate on programming and coding. Now, if multiple people keep making changes, it will be impossible to know who made what change. So, what the forum does is every time a change is made to the code, it saves a new version copy and also names it so. This makes it easier to understand who has written which copy and which copy came first.

Comparison between Revision and Version:

How can you say, in your comparison table for Revision definition: "It is a major release of the software", yet the changes are "Small, minute"? Visa-versa for Version. The entire table makes no sense.

Thanks for nicely explaining.