Difference between Rum and Gin

Key Difference: Rums are distilled alcoholic beverages made from sugarcane byproducts such as molasses or sugarcane juices. Similar to most alcoholic beverages, rums must go through the process of distillation, fermentation and aging. Gin is a sprit that is derived predominantly from juniper berries. It is the flavoring of other spirits with extracts of juniper berries to give it a certain taste. The spirit is made using any fermented grain mesh such as barley, rye or any other grains. 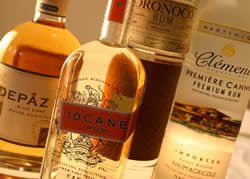 Rums are distilled alcoholic beverages made from sugarcane byproducts such as molasses or sugarcane juices. Similar to most alcoholic beverages, rums must go through the process of distillation, fermentation and aging. Depending on the geographical region of the product, rums differ in taste, color and strength. The origin of the term ‘rum’ is unclear and there are various different possibilities as to how the name came by. British etymologist, Samuel Morewood in his 1824 essay stated that the word ‘rum’ was a British slang term from “the best”. Morewood also suggested another possibility that the word was taken from the last syllable of the Latin word, “saccharum”, meaning “sugar”. Other possibilities include the word being derived from other popular British drinks of the time such as ramboozle and rumfustian.

Majority of the rum in the world is produced in the Caribbean and Latin America, with selected other countries such as India, Spain, New Zealand, Mexico, etc. also partaking in producing the beverage. Rum was first distilled on a sugarcane plantation in the Caribbean during the 17th century. The slaves at the plantation discovered that molasses, a byproduct of sugarcane when it is refined into suger, could be fermented into alcohol. Other places to record early rum distillation include Brazil and Barbados. After the development of rum, it grew fast in demand and it was also used in many places as currency. To support the increasing demand of sugar, labor was required to work the sugar plantations. This resulted in the establishment of the triangular trade between Africa, the Caribbean and the European colonies. Rum also became popular with seamen and pirates.

Rum does not have any set production methods, with the methods varying depending on the region where the distillers are located. Similar to some other alcoholic beverages, rum goes through the process of fermentation of either molasses or sugarcane juice. During fermentation, the water and yeast is added to the base ingredient, allowing the yeast to break down the sugar. Depending on the type of yeast used for fermentation, the taste and aroma of the rum varies. After distillation, the rum is then put through the process of distillation. After distillation, the rum is required to be aged for at least one year in many countries. The aging process could be done in wooden casks (natural or charred) as well as in stainless steel tanks. The rum in the wooden casks is darker in appearance, while the rum in stainless steel tanks remains colorless. Caramel can also be added to rum to adjust the color of the final product before it is bottled.

According to Wikipedia, rum comes in certain grades and variations. They can be classified under the following: 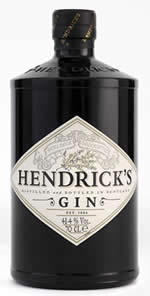 Gin is a sprit that is derived predominantly from juniper berries. It is the flavoring of other spirits with extracts of juniper berries to give it a certain taste. The spirit is made using any fermented grain mesh such as barley, rye or any other grains. Originally, gin was consumed as medicine before evolving to its current alcoholic status. The main flavor of gin is the juniper berries; however the flavor of the berries varies depending on different places. The history of gin dates back to the 11th century, where monks were known to flavor crude distilled drinks with juniper berries and it was also unsuccessfully used as remedy for the black plague. However, the Dutch physician Franciscus Sylvius is credited for inventing gin. The term gin is derived from either the French ‘genièvre’ or the Dutch ‘jenever’, both of which mean “juniper.” In short, gin can be known as flavored vodka.

There are four different types of gin:

Rum and gin differ in taste and aroma as rum has a sweeter taste compared to gin. Gin can be simplified as flavored vodka; however, the flavor must be of juniper berries. Gin tastes more like a spirit, while rum has a more sugary taste. Gin was predominantly used as medicine, while rum was discovered solely by accident on a sugarcane plantation. While rum is made using molasses, gin is made from fermented grains.