Key Difference: Samsung has officially announced the little brother of its brand new flagship: Samsung Galaxy S4 Mini. The phone comes with a 4.3-inch qHD Super AMOLED capacitive touchscreen that offers ~256 ppi pixel density. The weight of the phone has also been reduced to 107 grams for the 3G Model and 108 grams for the LTE Model. Nokia has recently announced a new phone to its line-up; the Lumia 928. The phone comes with a 4.5-inch AMOLED capacitive screen with broad back bezel. The phone is quite bulky and heavy, compared to other newer smartphones that are focusing on getting thinner and lighter. 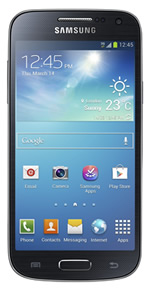 The information for the detailed table about the two phones has been taken from the Samsung Website, the Nokia website, theverge.com and GSMArena.com.