Difference between Sanction and Embargo

Key Difference: Sanction refers to create a barrier in certain trading items. Embargo is a trade barrier that results in partial or complete prohibition on commerce or trade with either one country or many countries. 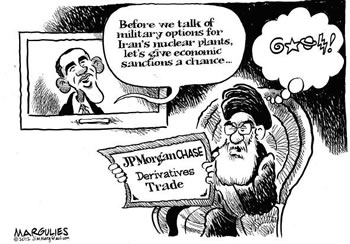 Sanction is defined in two manners, one where it means to receive approval from someone of authority. The second meaning refers to create a barrier in certain trading items. Economic sanctions are basically trade barriers that used to reduce trading with a particular country. These can be applied by one country on another country or group of countries on other group of countries. Economic sanctions may include various forms of trade barriers and restrictions on financial transactions. Economic sanctions are not imposed solely on the basis of economic circumstances, but can also include political and social issues. There are five types of sanctions: Tariffs (taxes are imposed on goods from a sanctioned country), Quotas (limit to how many goods can be imported or exported to a country), Embargoes (a trade restriction that prevents trading with that country), Non-Tariff Barriers (restrictions such as licensing and packaging requirements, product standards and other requirements, not related to monetary) and Asset freezes or seizures (Preventing assets owned by a country or individual from being sold or moved).

Embargo is a trade barrier that results in partial or complete prohibition on commerce or trade with either one country or many countries. Embargoes are legal barriers and are considered as strong diplomatic measures imposed in an effort to elicit a given national-interest result from the country on which it is imposed. In an embargo, a country may prohibit trading with another country for a particular product, sector or even complete trading, which means they will not import any products from that country or export any products to that country. 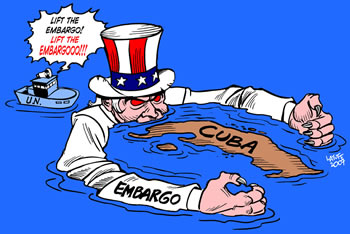 Sanction and embargo are related to each other when it comes to Economy and trading, in which both are considered as trade barriers set up by countries against other countries. Certain definitions also claim the difference between the terms lies in partiality and full banning. So, sanction is banning trade for certain types of goods, while embargo is banning trade of all goods. However, in the official definition, both the terms have a partial and full. So, partial embargo would be partial ban, while full embargo would mean full ban. Similarly, partial sanction would include tariffs are placed on certain types of goods, while full sanction would mean tariffs on all goods being imported into or exported from that country.

Comparison between Sanction and Embargo: