Difference between SBI and ICICI

Key difference: SBI is the largest and oldest bank in India. ICICI is fairly new. SBI is state owned and operated, ICICI is privately owned.

The State Bank of India (SBI) and ICICI Bank are the top two largest banks in India, respectively. They are followed by their competitors, the Punjab National Bank and HDFC Bank. SBI is the largest and oldest bank, dating back centuries, whereas, ICICI is comparatively fairly new.

Also, Industrial Credit and Investment Corporation of India (ICICI), a financial institution was formed in 1955 as a joint-venture of the World Bank, the Government of India and representatives of Indian industry. In 1994, ICICI Limited promoted ICICI Bank as its wholly-owned subsidiary. The principal objective was to create a development financial institution for providing medium-term and long-term project financing to Indian businesses. This was done in order to create a diversified financial services group offering a wide variety of products and services. 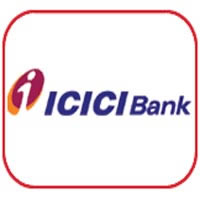 In 1999, ICICI become the first Indian company and the first bank or financial institution from non-Japan Asia to be listed on the NYSE. In 2002, ICICI merged with ICICI Bank and two of its own wholly-owned retail finance subsidiaries, ICICI Personal Financial Services Limited and ICICI Capital Services Limited. ICICI Bank is now the second largest bank in India by assets and third largest by market capitalization.

Still, not to be outdone, SBI is considered as one of the largest financial institutions in the world. According to Forbes, SBI is the 29th most reputed company in the world. In India, it has a market share of 20% among Indian commercial banks in deposits and loans. In comparison to ICICI Bank, SBI pays a higher savings interest rate and a lower loan rate. It also put a lot of emphasis on personal relations. However, an account with ICICI Bank has become somewhat of a status symbol. ICICI Bank is thought to provide better quality services, but is known to be strict in cases of minimum balances and returns the check if minimum balance requirements are not met. It takes a very professional approach towards its customers; some criticize this, claiming the employees appear cold.

However, being the top public sector bank in India, SBI had become somewhat complacent, but SBI has now modernized over the last decade and is offering services on par with ICICI. Still, ICICI is progressing at a fast rate, and may overtake SBI in the near future. In 2012, ICICI’s deposits increased 200%, five times more than SBI’s, and its revenue grew seven times that of SBI’s revenue growth of 30%.