Smartphones have become a prominent component in our daily lives. It has become a huge part in who we are and how we live. Smartphones are also the top one thing on many people’s list of things they cannot live without. Smartphones weren’t always the smartphone we have now. They have gradually changed and evolved from the once landlines, basic phones that would allow us to make calls to a phone that allows to do almost everything. The popularity of these technologically advanced phones has earned them their own category known as smartphones. Any phones that don’t belong in this category is dubbed as s non-smartphone. 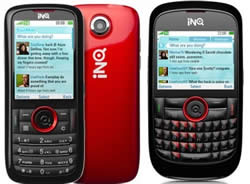 The popularity of smartphones has also increased the cost of using cell phones in many countries. Purchasing a smartphone in many countries requires people purchasing a data plan compulsory. This requires people shell money on a data plan, even if they do not require it or use it. A lot of people that do not require a cellphone for anything other than making/receiving calls or text are now opting for non-smartphones as a money saving option.