Difference between Smartphone and Normal Phone

Key Difference: Smartphones are any mobile phones that are similar to a mini computer. Smartphones offer a variety of features that allows advanced computing capability and connectivity. A normal phone has the primary purpose of only calling and sending text messages. A normal phone is a simple phone that is used mainly by people that only require telephony services.

With the smartphone boom in today’s world, many people today only purchase smart phones. Smartphones started from cellphones, which were advanced to incorporate the technology today and convert them into smartphones. Cell phones were basically a telephony device that allowed users to send/receive calls and text messages. As technology developed, it incorporated additional capabilities such as internet browsers, multimedia text messages, games, applications, etc. This further developed into a mini computer that we now know as a smartphone. A smartphone is a phone has computing capabilities and an operating system powering the device. A normal phone is a phone that supports basic calling features and internet capabilities. 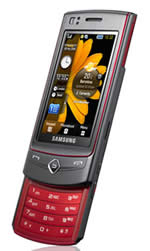 A normal phone has the primary purpose of only calling and sending text messages. A normal phone is a simple phone that is used mainly by people that only require telephony services. A normal phone can be referred to as a cell phone and may also include simple features such as calendar, alarm, games, monophonic ringtones, basic camera, WAP browser, etc. It does not support an operating system, Wi-Fi or any other ‘technologically advanced’ features that are offered in smartphones. Normal phones are a step above basic phones and also include downloading applications provided by carrier, browsing websites that are altered for the WAP browser, a numeric keypad, etc.

Smartphones and normal phones are two different categories of cell phones. With the smartphone boom, normal phones have taken a backseat and have become limited with many companies focusing on developing smartphones. The Normal Phones category does not exactly have a set definition, as the term changes with the upgrade in technology each time. The term has also been adapted depending on the companies that are trying to promote their ‘smartphones’. Normal phones are still existent in small numbers catering to the market of users that do not require the high-end features of a smartphone.

U have to add more information