Difference between Smoothie and Milkshake

Key Difference:  Milkshake is a dairy based beverage which is generally made by the combination of ice creams and fruits. On the other hand, smoothies are primarily fruit blended beverages which have a base of ingredients like yogurt, milk or fruit juice. Unlike milkshakes, smoothies are used as meal replacements. 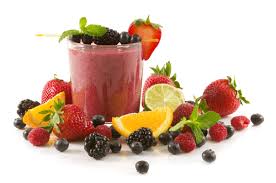 Smoothie or smoothy is a beverage which is made by blending foods like fruits, yogurt, fruit juices, etc. It is quiet thick and that is why it is termed as smoothie indicating its thickness. The different ingredients of smoothies are blended using a stick blender, jug blender or a shaker.

Fruit smoothies are acidic and the bits tend to stick to the teeth. Many people think that smoothies are great source of energy and are healthier due to ingredients like fruits and fruit juices. On the contrary, in august 2013, the results of a study by British Medical Journal revealed that eating fruits cuts risk related to development of diabetes. On the other hand, it also agreed that drinking smoothies also tend to increase such a risk. 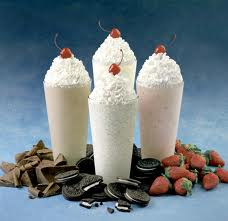 Milk shake is a sweet frothy beverage which is essentially made of milk and other ingredients like fruits, chocolates, ice creams, etc. The first use of this term milkshake in print happened in 1885, when it used to denote an alcoholic whiskey drink. The term was later used for referring to drinks made with strawberry, vanilla or chocolate syrups. In the early 1990, ice creams were added to the milk shakes. In 1992, finally it got its first current meaning where it refers to a whipped, aerated and frothy drink.

Malted milk powder was added in milkshakes and it gained a lot of popularity. The name smoothie was branded by Steven Kuhnau, who made smoothies in 1970, as an alternative of milkshakes for lactose intolerants especially.

As smoothies were popularized as an alternative to milkshakes, one can say that both share some connection. Smoothies are good for people who cannot drink milkshakes due to the condition termed as lactose intolerance.

The main difference between the two is that a milkshake is a dairy based beverage, whereas a typical smoothie is all about fruits whether it is frozen fruits, fresh fruit or juice of fruits. It is not dairy-based like a milkshake. Smoothies are generally associated with meal replacement types of beverages, whereas shakes are not typically used for meal replacements.

Usually, milkshakes are generally higher in saturated fat and higher in calories in comparison to smoothies.

Comparison between Smoothie and Milkshake: