Difference between Sony Xperia E and Micromax A 116

Key difference: The Sony Xperia E and E-Dual are two entry-level phones from Sony Mobile. The phone comes with a 3.5 TFT capacitive that has a ~165 ppi pixel density. It comes with a 1 GHz Cortex-A5 Qualcomm Snapdragon processor, an Adreno 200 GPU and 512 MB RAM. The Micromax A116 Canvas HD is the successor to the really popular Micromax A110 Canvas 2 and is better than its predecessor in every way. It features a 5.0 inch display with a resolution of 720 x 1280 pixels. It runs on a Quad-core 1.2 GHz Cortex-A7 and 1 GB of RAM. 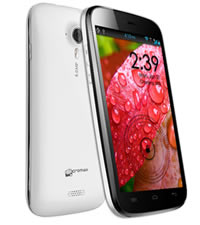 The information for the detailed table about the two phones has been taken from Sony Mobile website,  and GSMArena.com. Unless specified, the information is the same for both phones.