Difference between Soup, Stew and Shorba

Key Difference: Soup is primarily a liquid food which is prepared by boiling ingredients like meat, fish or vegetables. Stew is a food prepared by using ingredients like vegetables, meat by simmering or boiling slowly in a liquid. Shorba is used to refer to a soup or stew which is mainly found in cuisines across Middle East and Central Asia. Aromatic curry spices are generally added to make Shorba. Generally, stews are thicker than soups. Soup is mainly served as first course, whereas stew is mainly served as main course. 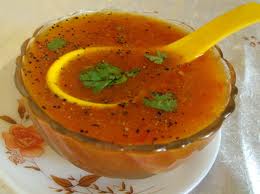 Soup is a liquid food which is made by boiling ingredients like meat, vegetable, fish, etc. The word has been derived from Old French soupe which means ‘sop, broth (poured on slices of bread).’ Soup has been around since a long time, almost since pottery was at advancing stage. Pots were able to retain boiling liquid without breaking. At that time, people used to boil hard tough grains or vegetables in large pots. The left over water was kept aside so that it can be used for some other dish. Then people started serving this broth on the side with toast.

During the middle ages, soup was considered to be very nutritional. Soups are generally cooked by boiling vegetables, meat, etc. and sometimes in combinations. It is prepared in different consistencies. 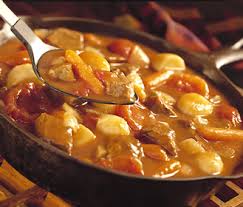 Stew is a combination of meat and vegetables. The ingredients are slowly cooked in a stock, water or gravy. Some people may get confused between soups and stews as the ingredients are quiet the same in both. In that case, one can differentiate on the basis of consistency.

Stew is generally thicker than soup, and that is mainly due to the amount of time required to cook them. Stews take longer to cook than soups. Stews are normally cooked at a slow low temperature in a closed dish or pan. On the other hand, soups are cooked at comparatively high temperature and for a lesser time. Soup is mainly considered as a first course, whereas stew is preferred as a main dish. 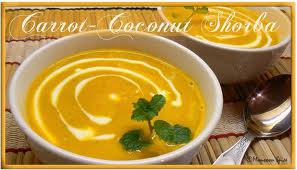 Shorba is not any different from soup or stew, as it refers to a kind of stew or soup which has its roots connected with ancient Persia, where it was typically prepared by cooking meat in salter and boiling water. Shorba is derived from the Arabic word 'Shurbah', meaning soup. Thus, the term shorba is used to refer to any of the soups or stews or even broths in many cultures.

Stew is generally used in context to soup or stew found in cuisines across Middle East and Central Asia. Shorbas were generally prepared by simmering meat and vegetables in water with an array of aromatic herbs. The thin broth was served separately after separating it from meat and vegetables. Typically, all these dishes are served hot. Due to the changing trends in cookery, the difference between stew and soup seems to be diminishing.

Comparison between Soup, Stew and Shorba: