Difference between Steroids and Antibiotics

Key Difference: Steroids are fat-soluble organic compounds that are naturally present and produced in the human body. These are responsible for a wide range of physiological development such as reproductive growth, tissue regeneration, and caloric synthesis in the human body. Antibiotics are antibacterial agents that help kill bacteria and inhibit bacteria growth.

Steroids and antibacterial are two different drugs that are used for medicinal purposes. Steroids are fat-soluble organic compounds that can help physical development such as muscles, tissues and metabolism. Antibiotics are agents that help keep the body fit by killing harm-causing bacteria in the body. These two perform different functions and are very commonly misused.

Steroids are fat-soluble organic compounds that are naturally present and produced in the human body. These are responsible for a wide range of physiological development such as reproductive growth, tissue regeneration, and caloric synthesis in the human body. Steroids such as the dietary fat cholesterol, the sex hormones estradiol and testosterone, and the anti-inflammatory drug dexamethasone are naturally present in the human body. A steroid is a type of compound which contains a characteristic arrangement of four cycloalkane rings that are joined to each other. Steroids can be classified into three types: corticosteroids, anabolic steroids and sex steroids.

Artificial steroids (also known as corticosteroids) have a variety of medical uses in treating illnesses such as inflammation in the body like asthma, arthritis, eczema, and even cancer. Other types of steroids can also be used for bone marrow stimulation, growth stimulation, appetite and preservation and increase of muscle mass, to accelerate puberty in late bloomers, male contraception, prevention of bone loss, hormone replacement and gender identity disorder. Artificial testosterone, a type of steroid, can be used in order to help treat infertility, correcting hormonal imbalances and as a contraceptive. Steroids can be administered through inhaling, injecting, orally or in gel form to apply directly. Though artificial steroids have medical uses, they also have adverse effects such as liver damage, high blood pressure, baldness, heart failure, etc. It can also cause psychiatric effects such as mood disorders, aggression, hypomania, suicidal thoughts, etc. 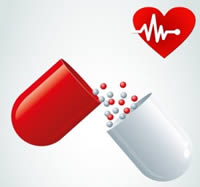 Antibiotics are antibacterial agents that help kill bacteria and inhibit bacteria growth. Though previously antibiotics only used to cover agents that killed bacteria, the current definition also includes a broader range of antimicrobial compounds, including anti-fungal and other compounds. The term ‘antibiotic’ is derived from the Greek ‘anti’ meaning “against” and ‘bios’ meaning “life”. Antibiotics are found in two different forms in nature: bactericidal or bacteriostatic. Bactericidal antibiotics target the bacterial cell wall, membrane or enzymes, while bacteriostatic means they directly attack the protein synthesis of the bacteria.

The human immune system is responsible for finding and destroying bacteria that can multiply and cause harm to the body.  The white blood cells act as antibiotics in the human body, however certain bacteria can become overwhelming for the white blood cells to destroy, in which case external antibiotics are required. The first antibiotic that was invented was penicillin. Other penicillin-related antibiotics such as ampicillin, amoxicillin and benzylpenicilllin are used in order to treat an array of different infections. Due to increasing abuse, many antibiotics now require a doctor’s prescription for purchasing.

With the increase in medical technology, more and more antibiotics are being produced synthetically, making it cheaper in price and allowing mass production. Antibiotics cannot fight infections caused by viruses such as colds, flu, most coughs and bronchitis and sore throats (unless caused by strep). In addition to bacteria that harm our body, good bacteria are also present that help the body. Good bacteria help in production of B vitamins, lactase, fight cancer cells and tumors, lower cholesterol and improve digestion by breaking down stomach components. Antibiotics do not only kill bad bacteria, they also kill good bacteria. Excessive amounts of antibiotics can harm the body more than it can heal it. It also increases the chance of the virus returning, but this time being immune to the antibiotic.