Difference between Subway and Underpass

Key Difference: A subway generally refers to an underground railway system devised for faster, smoother and quieter rides. Underpass is a passage that passes under another road or railway line. Sometimes both the terms are used in same context referring to underground systems as an alternative to road and rail traffic on ground.

A subway in context to U.S.A specially refers to an underground railway system devised for faster, smoother and quieter rides.  Underpass is a passage that passes under another road or railway line. But it is important to mention that in British English underpass is also denoted as subway. Thus, this can give the other view to the definitions of both underpass and subway as they may be used sometimes interchangeably. Both define 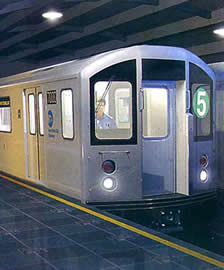 The roads have been packed with the traffic and thus it is very important to find out alternate ways to reach from one place to another. Subway emerged as an underground system specially developed for trains. Thus, the space above the ground can be used for any purpose and the space below the ground or underground can be turned into these useful passages. The benefit of subway includes rapid transit. These passages can be built under a railroad or street.  In London this underground railway operating system is also known as ‘tube’ or the ‘underground’. The underpass also enables pedestrians and cyclists to cross a road or railways easily. The underpass is generally used for pedestrians or cyclists so that they do not have to worry to cross the traffic on main roads, as the speeding vehicles can be dangerous for those crossing the roads. These systems are very popular in the developed countries and people prefer them a lot. In some places a small market area is also developed in order to sale the products to the people taking an underpass. In London one can easily find some artists playing a song or playing an instrument in the underpass.

The history of subways is interesting to know. According to Britannia.com the first 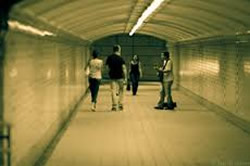 subway system was proposed for London by Charles Pearson, shortly after the opening of Thames Tunnel in 1843. Finally after ten years of discussion construction of an underground railway between Farringdon Street and Bishop’s street was authorized. In 1863 the line was opened using stream locomotives and was quite successful. Later electric power was used for driving these underground trains.

Subway in America refers to underground railway system whereas subways in Europe refers to underground pedestrian passageways (underpass) that link large road interconnections; as it is very difficult to cross these roads on ground level. Thus, one can see that both the words are used in the same sense. So to avoid the confusion they can be used interchangeably. Flyovers have also gained a lot of popularity providing another solution to reduce the road traffic by building these structures above the ground level and are supported by strong pillars.