Difference between Successor and Predecessor

Key Difference: A relationship between both, a successor and a predecessor depends on the type of task dependency to use. A successor is a person who follows and takes the place of another. Whereas, a predecessor is someone who has had a particular job or position before. 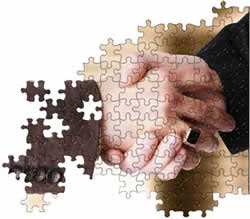 Dictionary.com defines ‘Successor’ as, “a person or thing that succeeds or follows” and “a person who succeeds another in an office, position, or the like”. Successor is also a number that follows or just comes after a particular number. A successor takes place of the retired official or the present holder who need to leave or resign.

Examples for successor are:

On the other hand, dictionary.com defines ‘Predecessor’ as, “a person who precedes another in an office, position, etc.”, "something succeeded or replaced by something else”. The ancestors (forefathers) are also known as predecessors.

Examples of Predecessor are:

There’s not so much to describe between the two terms ‘Successor’ and ‘Predecessor’, it very clearly states their responsibility and duty.