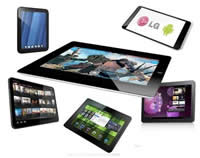 Yes. This made it clear for me about tabs and smart phones. I am satisfied.

Thank you so much,all my doubts are cleared..very easy and useful. great job :)

Thanks it's educative and helpful

Thanx it was a very summarised article

This is really a comprehensive explanation of both the devices.Thanx a lot

very nice and informative explanation.i could easily clear my doubts about smart phone and tablets. thank u