Difference between Tequila Gold and Silver

Key difference: Tequila is a distilled spirit that is composed from the blue agave plant. Silver tequilas are bottled immediately after production or after aging in stainless steel or neutral oak barrels for up to 2 months. Gold tequila is essentially tequila that has been given a golden color through added coloring and flavoring, commonly caramel.

Once the tequila is produced, it may be either aged in barrels or bottled directly. Silver tequilas are bottled immediately after production or after aging in stainless steel or neutral oak barrels for up to 2 months. Silver tequila can be either 100% agave or mixto. 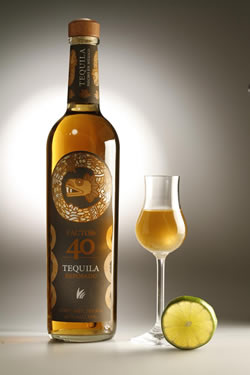 Silver tequila, also known as white tequila is named so because of its appearance. It looks clear like water or vodka. Essentially, silver tequila is often considered bottom rung, especially by connoisseurs, as it has not been aged and is often harsh.

Gold tequila is essentially tequila that has acquired a golden caramel hue. This coloring can happen via two ways. One is that it is aged in wooden barrels for more than a year. Over time, the tequila absorbs color and flavoring from the wood. However, these types of tequilas are often labeled and sold as Añejo (aged or vintage), which are aged between one to three years or extra Añejo (extra aged or ultra aged), which are aged more than three years.

The other type of gold tequila, which is more common, is essentially a silver tequila which has been given a golden color through added coloring and flavoring, commonly caramel. This type of gold tequila is rarely 100% agave, it is nearly always a mixto.

In addition of the gold color, the caramel gives the tequila a sweeter and smoother taste. This is why the gold tequila is a favorite for shots. It is often also used for cocktails, such as Frozen Margaritas, as the sweet flavor really shines through.