Key Difference: A fixed deposit, also known as a term deposit, is a financial instrument provided by the banks, which offer a higher rate of interest than a regular savings account. 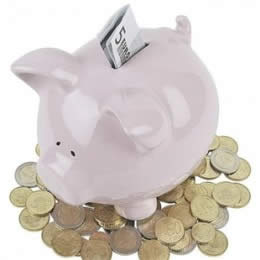 Fixed deposit and term deposit are two common words in banking. Deposits are facilities that allow people to invest money for a specified time and a specific percentage. At the end of the specified time, or maturity the person receives the percentage of that income extra. People have been taking the advantage of such facilities by the bank.

Term deposit and fixed deposit are often confusing for many people who are just becoming acquainted to the banking terminology. These words actually refer to the same thing. Both, term deposit and fixed deposit refer to the same financial instrument provided by the bank. However, with the power of the internet making globalization possible at a fast rate, many different words now have the same connotations. The only difference between these words is the places where they are used.

Let’s understand first what a fixed deposit is. A fixed deposit, also known as a FD, is a financial instrument provided by the banks, which offer a higher rate of interest than a regular savings account. It may or may not require the creation of a seperate account with the bank. These are risk free investment and many of them also offer tax benefits. The person is asked to select a term for fixing their money. Based on the term that is selected, the bank will provide a percentage that the person will get for keeping their money fixed for that particular term. Upon maturity, the person will receive the principle amount as well as the percentage that is promised. If the person wishes to withdraw their money early, they will be charged a fee.

Fixed deposit is commonly used in India, while the Term deposit is used Canada, Australia and New Zealand. Other terms used to describe this financial instrument include Certificate of Deposit in the United States and Bond in the United Kingdom.