Difference between Virus and Trojan

Key Difference: Viruses are programs or codes that attach themselves to files and programs and run inside the computer without the knowledge of the user. Trojan horse is a non-replicating malware that hides itself as authorized and useful software.

Virus and Trojan are two of many different malwares that are available on the internet. Though virus has become an umbrella term for all different types of malicious software, it differs from Trojan in many ways. Unlike virus, Trojan does not have the ability to self-replicate and must be sent through drive-by downloads. Online users should be aware of the different types of malware that exist and the best way to identify them. 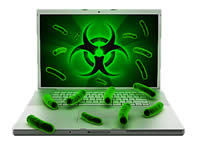 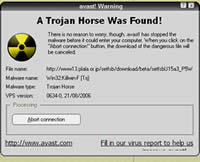 Trojan horse is a non-replicating malware that hides itself as authorized and useful software. It is named after the mythological Trojan horse that allowed the Greeks to win the Trojan War because similar to that Trojan horse, this Trojan also hides under the pretense that it is legitimate software before it is downloaded on to the host system. The user is tricked into thinking that they are downloading authorized and legitimate software such as games, computer files, etc. After it infects a computer it gain full access to the computer, and can attack the system by using popup windows, changing the desktop, adding additional icons to the desktop, etc. It can also be more serious such as deleting files, stealing personal information, activating and spreading other viruses. It can also create a backdoor to the system, allowing hackers easy access to the computer. The Trojan is used for purposes such as use of the machine as part of a botnet, crashing the computer, blue screen of death, electronic money theft, identity theft, keystroke logging, viewing user’s webcam, etc. Computers can be protected using firewalls, anti-virus and spyware software.

Trojans and viruses are dangerous viruses as they can be used to infect the computer with other malicious software. Trojans can be installed using worms, which allows a Trojan to run on the computer. These malicious software allows hackers to view a person’s personal details as well as take over complete control of the computer. It is best to protect the computer using firewalls, using anti-virus and spyware software. Experts also advice that users should not download or access files that seem suspicious.