‘A House reflects its owner’s personality,’ and considering this statement we all are aware of the important roles played by the floors and walls of the rooms. The walls and rooms may be decorated using various articles, but generally the first word that strikes in the mind refers to tiles. Tiles play a vital role in creating an apt look for any room. Bathroom tiles seem to be an integral part of bathrooms. Vitrified and Marbonite words are also used in context to tiles. One may get confuse between the two. Therefore, it is important to know about them. 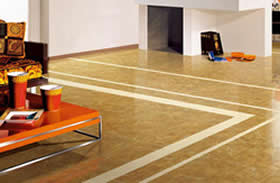 Initially, a mixture of silica and clay is prepared. After that, the tiles are baked at a very high temperature. Due to the effect of high temperature, the grains of the tiles fuse together and a solid structure is obtained. Thus, these tiles are known for their water resistance and also for their long durability.

A Marbonite tile is a product by HR Johnson. These tiles are vitrified tiles and are 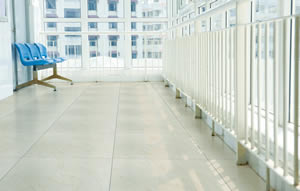 available in both glazed and polished options. These tiles are made by a singular mass.

­These tiles have a coating due to which the porosity of the tiles is reduced and thus it prevents staining. Thus, it is easier to maintain these Marbonite tiles in comparison to the other unglazed or unpolished vitrified tiles. Marbonite tiles still have some micro pores on their surface but the product ‘Marbonite Stain Free tiles’ under the same brand claims of sealing even these micro pores on the tiles.

These tiles are manufactured using one of the finest white burning clay in the world, and that is imported from Ukraine. Other clays usually consist of various contaminated components and thus, turn porous on baking. However, the clay from Ukraine that is used for making Marbonite tiles is highly vitrifiable. In addition to the clay, some high quality minerals are also mixed with the clay to form various types of compositions.­­­­­­ Marbonite tiles have the same charm and appeal as the marble stone. The use of latest technology in the manufacturing process is also responsible for the fine quality associated with the product.