Bridges are structures which are built over an obstacle like valley, water or road with the purpose of making a transportation route. Bridges lay horizontally between some types of supports. These are used for transportation of vertical loads. The important aspect of a bridge is that it does not provide any kind of hindrance to the route beneath it.

Some of the basic types of bridges are - 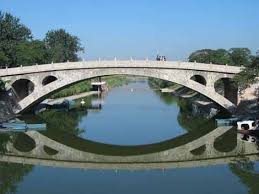 Arch Bridge – It is referred to as an arch bridge as it is shaped in the form of arch rather than straight structure. The arch structure lies beneath the bridge. These bridges were also constructed a long time back. They have good natural strength. The load is pushed outward and downward due to curved pattern. The force does not remain same throughout the bridge surface, but it is pushed towards the end supports. A bridge with multiple arches beneath the surface is also a common type of arch type bridges. Tied arch bridges, Corbel arch bridge, Aqueducts and Canal viaducts, Deck arch bridge, Through arch bridge and Tied arch bridge are also some variants  of arch bridges. 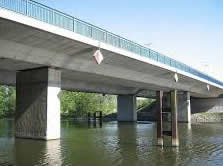 Beam Bridge – It is a very simple type of bridge, which just lies flat. It may also include some piers in the middle for supporting it. The downward forces just get spread evenly across the bridge. Piers provide the upward forces for holding together the bridge. It is also known as a girder bridge and it is one of the most common and simplest of all the bridges. It must resist any kind of twisting and bending when load is applied on it. 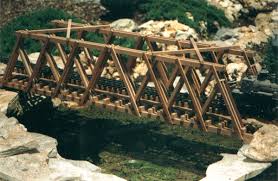 Truss Bridge – It refer to a structure composed of many smaller parts or components. It can be visually distingushed by a network of straight beams placed in an assembly of triangles. This triangular series work as superstructure and transfers the deck load to the piers. These bridges are generally made form steel bars. These bridges are capable of supporting heavy loads. It includes bridges like Bailey bridge, K Truss, Bowstring Arch Truss, etc. 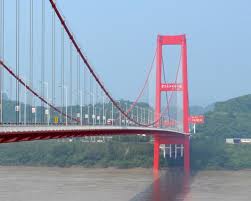 Suspension Bridge – These bridges makes use of cables, ropes or chains which are laced across the river. Deck is suspended from the cables, ropes or chains. Originally these bridges were made from materials like rope and wood. However, modern bridges make use of high tensile strength cables.  Cables assist in supporting weight of the deck and its load. In this type of bridge, the cables undergo tension, whereas the towers undergo compression. 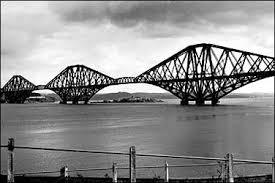 Cantilever Bridge – It refers to a type of bridge which is only anchored on one end. They are quiet similar in appearance to arch bridges. However, they support the load through diagonal bracing.  Usually, they feature a truss formation in both below and upward parts of the bridge. They are also considered as a modified form of Beam Bridge. However, the support lies at the middle area of the span.

You are right billy