Key Difference: Cheese is a popular concentrated dairy product. It is available in mainly two forms – unripened and ripened. Cheeses are grouped in various ways like based on appearance, source of milk, rheology, consistency, processing techniques, and many more. However, mostly they are categorized in context to their texture.

Cheese is a popular product which is made from milk. Cheese making is an ancient practice. There are numerous types of cheese which differ in flavors and textures. However, they all use the similar techniques. Firstly, proteins in milk are coagulated in order to form curds. Then the curd is separated from the liquid part known as whey. The variation in flavor and texture is due to various factors like –

Thus, there are numerous ways to categorize chesses like in context to flavor, texture, firmness, etc. However, most commonly they are classified broadly in context to their texture. Cheese ripening is also an important step in cheese making. The main categories of cheese are soft fresh cheese, soft ripened cheese, semi-soft cheese, blue veined cheese, hard cheese, very hard cheese and Pasta Filata cheese. 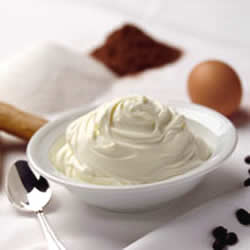 Soft cheese – These cheeses have a very high moisture content which is approximately 50 to 60 percent. They are the ones which are not ripened. They are known for their fresh and creamy flavor. Apart from feta, all of these soft fresh cheeses are spoonable and they spread easily on bread. Generally, the milk is coagulated by using lactic acids for making these types of cheese. Cottage cheese, feta, mascarpone, Queso Fresco are all examples of this type of cheese. 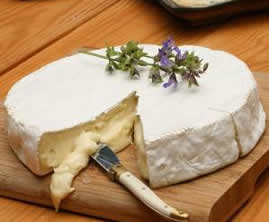 Soft ripened cheese – The surface of theses cheeses are reacted with the mold usually Penicillin before they are kept for ripening. Due to this reaction with the mold, they develop a pillowy and fluffy rind. They should be eaten only when they have ripened properly. They are usually soft and runny at room temperature. Brie, Limburger and Camembert are examples of this type of cheese. 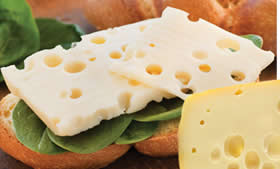 Semi-soft cheese – These cheeses also have a smooth interior section. They have little or no rind. They have less moisture than the soft cheese. Therefore, they are quiet similar to soft cheese but just little firmer than them. They can be shelved longer than the softer ones. It includes many popular types of cheese like Morbier, Fontina and Monterrey Jack. 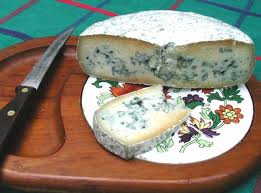 Blue veined cheese – It includes the cheese which has been injected with a type of Penicillium culture, which creates a distinctive pattern like blue veins. This happens when mold gets exposed to air. This type of cheese can be made by using any cheese except the fresh ones. They are known for sharp and salty flavor. Its texture varies from soft to semi firm depending upon the type of cheese. Danish Blue, Stilton and Spanish blue are all varieties of this type of cheese. 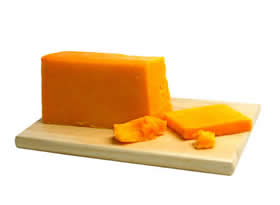 Hard cheese – As the name suggest, they have lower moisture content than in comparison to softer cheese. They are put into the molds and then more pressure is applied to them. They are also aged for a longer time. Due to all these conditions they tend to get firmer. Cheddar, Colby and Edam fall in this hard group of cheeses as semi-hard types. Chesses which are referred to as Swiss are also hard cheeses. They are popular for their strong flavors and pungency. 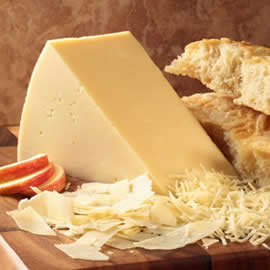 Very hard cheese – These cheeses are very firm and are easily grated. They are also known as grainy cheese due to their granular texture. They are differentiated form the hard cheese as hard cheese has maximum 39 percent of moisture, whereas very hard cheese contain maximum of 34 percent moisture. It includes chesses like Romano, Sardo and Asiago Old variety. These are generally aged for many months. 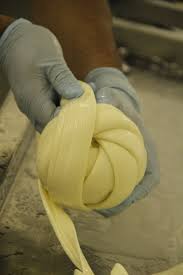 Pasta Filata cheese – These cheese includes mozzarella, burrata, and scamorza. They were made in southern Italy earlier. It refers to all the cheeses which are made by using Pasta Filata techniques. The term Pasta Fista is an Italian term which means 'spun paste'. It mainly involves stretching (or spun) of curd into the hot water, till it gets the right consistency and texture. Then, it is placed into moulds where it is shaped. It may be hard or soft.