What is the Slim Fast Diet?

Key Difference: SlimFast is a type of diet that recommend replacing proper meals with prepackaged products that are fortified with minerals and vitamins, but are limited in their calorie count. 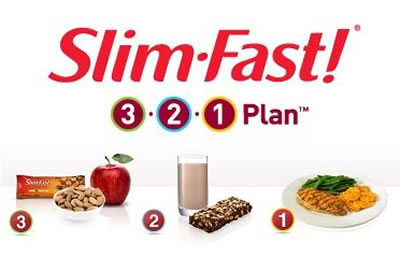 SlimFast is a type of diet that has been quite popular over the years. It was started in 1977 as a line of products by Thompson Medical Company. The interesting part is that they were developed and launched as a response to the Atkins diet and South Beach Diet, which had gained popularity around the same time.

Like most diets, SlimFast acts on the premise of reducing calorie intake to lose weight. It sells products that are designed to replace meals and are limited in their calorie count. Hence, they provide their customers with pre-packaged portion controlled ‘meals.’ The benefit of this is that the customer does not need to count calories, or pay attention to meal portions, or even have to cook. They can just grab a packet and be done with it.

The dinner is the one proper meal that the dieter is allowed to eat in the day. SlimFast recommends that the meal be sensible, as in it should not include junk and should be filling. The US website recommends that this meal be of 500 calories, while the UK site recommends 600 calories. One does have the option of moving this meal around, as in it need to be dinner, it can be lunch or breakfast, as long as one only eat one proper meal a day. The rest should be the 100-200 calorie packaged foods. It is also recommended that one should exercise at least 30 minutes a day.

The SlimFast claim is that one can lose up to 7 lb in the first week itself and then continue to lose 1 lb steadily each week after that. However, some users have criticized the products for having too much calories, claiming that for 200 calories they can have something more substantial than a meal bar or just a shake. Some medical practitioners have criticized its nutritional content, claiming that the diet does not provide adequate nutritional value, especially as a replacement for almost the entire day’s food consumption.