Difference between Inquisitive and Curious

Key Difference: Inquisitive and curious are synonymous. They are the desires to explore, investigate and draw inferences from the information. However, inquisitive is generally associated with an intelligent curiosity or prying.

“The important thing is not to stop questioning. Curiosity has its own reason for existing.” 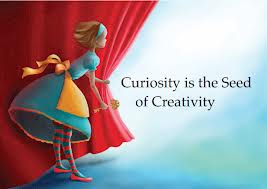 The greatest explorations and discoveries have occurred due to a characteristic named as curiosity. This attribute gets attached with the human being right from the beginning of his life. A toddler can be considered to be equally curious about the language people are using to communicate with him, as a sixty year old expert, who is curious to know about some facts of science.

Curiosity arises from anything that seems to be a mystery. It draws the attention of the person, and in order to solve the mystery, a person tends to explore and investigate. It is regarded as an important ingredient of learning. Curious students in school ask several questions and they do not settle down without getting the answers. However, sometimes the curiosity can also be overpowered by a diverted topic and a person can forget about it later. Thus, it depends upon the level of curiosity that exists in the person that reflects in the actions.

Inquisitive is also considered as a synonym to curious. However, it is mainly 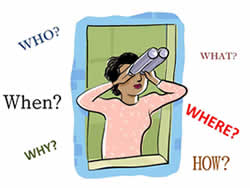 concerned with the enquiry that is made in order to solve the curiosity.  An enquiry is a part of the investigation in order to reach the answers. An inquisitive person is involved in reoccurring questions.

It is also defined as an intellectual curiosity, as it may include learning about the things that are not of immediate use.

Sometimes, inquisitive is also associated with prying in an annoying way. Thus, the word can also be used with a negative connotation. Thus, we can also refer it to as a attribute of curiosity. Curiosity can be described as a combination of creativity, inquisitiveness and openness to experience.

Therefore, curiosity can be defined as the eagerness to explore and investigate the unknown, whereas inquisitive can be particularly related with the intellectual curiosity or the curiosity marked by various enquiries.