Key difference: Oils add a blend of flavors to the foods; Sunflower and Canola Oils are enriching healthy oils, which are obtained from sunflower and canola seeds respectively. Both are essential for a fit, fine and healthy life of an individual.

Sunflower and Canola oils are derived from sunflower and rapeseeds. These have essential nutritive components which are required to improve the health and immune system of a body. Along with they are mostly preferred in household cooking in respective cooking techniques. 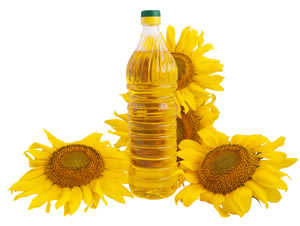 Sunflower oil is extracted from the sunflower seeds; and is considered to be the most consumed and preferred type of cooking oil. It is poly saturated oil; also it is a triglyceride, as it contains the typical properties of an original vegetable oil. The oil also has an effective application in the skin treatment; hence it is used as an emollient in the cosmetic industries. It is non volatile in nature and the fat contents of the oil are desirable from heart issues. It is a monounsaturated (MUFA)/polyunsaturated (PUFA) mixture of mostly oleic acid (omega-9)-linoleic acid (omega-6) group of oils. The oil also contains a considerable amount of vitamin E, sterols, squalene, and other aliphatic hydrocarbons, terpene and methyl ketones (chiefly methyl nonyl ketone). There are basically two types of sunflower seeds- confection sunflower seeds and non-oil sunflower seeds; which are used in accordance to their usages. 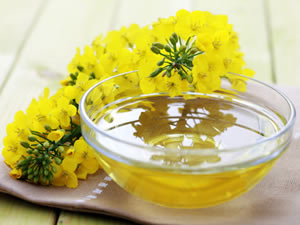 Canola oil is extracted from the rapeseeds Brassica campestris (Brassica napus L. and B. campestris L.), which are actually bitter in taste; but the oil so obtained doesn’t include any such taste; as the taste is removed in the manufacturing process. The canola oil contains low levels of saturated fats; but has a desirable high amount of monounsaturated fats. The canola oil is obtained after a long process of precipitation and organic acid treatments. The canola oil like other oils is also applicable in the industrial lubricants, bio-fuels, candles, lipsticks, and newspaper inks depending on the price on the spot market. The American Society for Reproductive Medicine recommended that the canola oil is regarded to be the fertility-preserving vaginal lubricant. Recently, the studies have also been conducted to utilize the canola oil for reducing the growth of cancer cells.

The components in the Canola Oil:

Both sunflower and canola oils are regarded to be health conscious type of oils. Canola seeds are regarded to be toxic and dangerous in nature at their prior stages; but after the specified processes and harsh treatments on the seeds the oil is extracted, which does not consist of any such poisonous element; hence it is fit for humans. Along with the sunflower oil even the canola oil is desirable for the cardiovascular issues. Both the oils differ in their vitamin content and cooking usages. Canola oil has a low smoke point, due to which the oil cannot be applicable to the deep frying and frying processes of cooking; while sunflower oil is commonly preferred for frying and deep frying in cooking processes. Also, their fat contents and proportions differ. Vitamin k content in canola oil is less as compared to that of the sunflower oil.

Get an Education, please! If you think Vegetable Oils are Healthy, you're beyond retarded, and clearly don't understand, how they're extracted! Learn something!