Difference between 3G and 4G

In 3G and 4G, “G” stands for Generation. 3G and 4G are the most efficient and fastest network for the mobile communication. Their rates of data transferring and signal quality are highly divergent. Let’s understand the basic difference between both the terms. 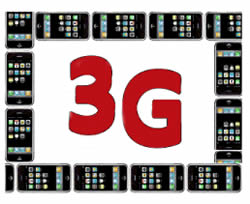 3G presently is the world’s best connection method when it comes to mobile Internet. 3G is the abbreviation for third generation. It offers the download speed up to 3.1 Mbps (Mega bytes per second). In the early 1980s, 3G network was developed by the International Telecommunication Union (ITU). It was first released in the U.S. in 2003, with minimum consistent Internet speeds of 144Kbps (Kilo bits per second), but now there are so many varieties of 3G that now anywhere one can get an Internet speed of more than 400Kbps. 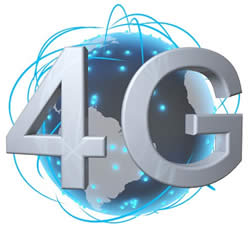 4G is the abbreviation for fourth generation. 4G mobile networks are supposed to provide many value added features. When 4G will be connected to smartphones, tablets or computers, it can handle more data than 3G. The formal definition of 4G as declared by the 3GPP and the ITU-T is something called Long Term Evolution-Advanced (LTE-A). A 4G system offers mobile ultra-broadband Internet access. For example: to laptops with USB wireless modems, smartphones and to other mobile devices.

4G will be faster and it is a WiMAX. WiMAX is nothing, but is a 3G technology by ITU-T like LTE (Long Term Evolution). LTE is what most are calling 4G, but in reality it is just an advanced 3G standard that some call 3.9G. It uses a completely different radio technology. Although in many countries around the world, 4G is not yet released but definitely will get released very soon.

No doubt that the 3G speeds laid underpinning for the increasingly mobile lifestyle, but 4G speeds are truly taking mobiles to the next level.

Comparison between 3G and 4G: